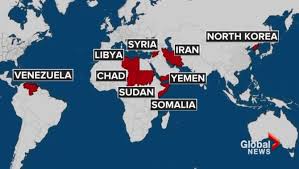 Syria remains an unresolved festering sore because of US support for anti-government jihadists and terror-bombing, wanting endless war, not resolution.

Damascus was falsely blamed for what it had nothing to do with - or real CW attacks throughout years of war, carried out by US supported cutthroat killers.

Al-Qaeda-linked White Helmet terrorists were involved in the Douma incident. So-called graphic images shown were staged - readied in advance from an unrelated US-supported CW incident elsewhere, maybe in another country, presented to falsely claim Syrian responsibility for the incident.

MZ called it "a fake event" followed by US-led terror-bombing - based on a Big Lie. "The masks have been removed and continue to be removed," she stressed, adding:

MZ: "The facts of the matter were totally ignored. Instead, the information space was filled with bellicose rhetoric by the same politicians…officials (and media) who demanded, as always, to severely punish Bashar al-Assad and Russia which supports him."

Claims about use of toxic sarin were Big Lies. "(F)ootage from the Douma hospital that served as the basis for a military strike on Syria was fabricated," adding:

The whole ugly business "culminated (with) BBC producer Riam Dalati who, based on his research, confirmed the staged nature of the footage with the direct participation of White Helmets."

"We would like to hear what the BBC has to say about this, as it actively covered these events" - reporting bald-faced lies, suppressing hard truths.

All wars are based on Big Lies and deception. Truth-telling would destroy pretexts for waging them. All US post-WW II wars were and continue to be naked aggression against nations threatening no one - millions of lives lost in pursuit of its imperial objectives, high crimes, accountability never forthcoming.

Commenting on the Trump regime's attempted coup in Venezuela, MZ blasted its aim "to overthrow the legitimate government of a sovereign state, disregarding the norms and principles of international law…"

Trump regime hardliners are fixated on demanding that Maduro "must go," ignoring his democratic election and reelection last May - along with international and US constitutional law, prohibiting a nation from interfering in the internal affairs of other sovereign states.

The Trump regime's concocted alternative government has no legitimacy under international or Venezuelan constitutional law.

MZ: "There is every indication that the White House has opted in Venezuela for a scenario of an acute confrontation with the use of force."

Why haven't Russia and China offered military aid. I support sending thousands of peacekeepers as a deterrent against war.

Why not Venezuela to prevent the scourge of US state terrorism from toppling Venezuela's democratic government. The same goes for supporting Iran against a similar US scheme to replace its government with a puppet regime - likely by brute force if ongoing tactics fail.

If Russia and China do nothing while independent governments fall like dominoes, they'll be next against the scourge of a US takeover attempt - wanting their governments toppled.

Events in Venezuela are taking place against the backdrop of political, economic, financial, and sanctions war - aimed at inflicting pain and suffering on ordinary people, establishment media pretending it's for a good cause, supporting what demands denunciation.

MZ: The Trump regime's scheme, notably wanting control over Venezuelan oil and other resources, amounts to the attempted "seizure of the century."

It's "a clear signal to everyone: the US can do what it feels like doing with the property and assets of any country at its own discretion."

"This is the market economy for you, free trade and opposition to protectionism. In this case we are seeing the raid of an entire state" - repeating the rape of Yugoslavia, Afghanistan, Iraq, Libya, Syria, Yemen, Somalia, and other countries earlier, along with scores of successful and unsuccessful US coups post-WW II.

"We categorically object to any attempts to politicize the issue of humanitarian aid to Venezuela and to use it to cover up the manipulation of public opinion and to mobilize anti-government forces for a coup," said MZ, adding:

"We know what goals the Americans are pursuing in handing out their cookies and what tragic consequences this could lead to. There are many examples to this effect."

Sergey Lavrov warned Mike Pompeo "against any external interference in Venezuelan affairs." Whatever he said fell on deaf ears.

Intervention is fully underway short of hot war perhaps coming if Russia doesn't go all out to prevent it - by direct involvement to preserve and protect Venezuelan sovereignty from the scourge of a US takeover.