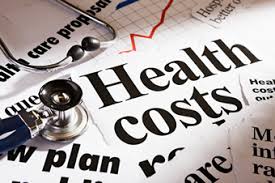 Unaffordabe Healthcare Expenses: The Leading Cause of US Consumer Bankruptcies

The US is the only developed nation without some form of universal coverage. The world's richest nation doesn't give a hoot about its ordinary people, serving its privileged class exclusively.

It's no different whether Republicans or undemocratic Dems are in charge, their agendas similar on major issues, differences between them largely rhetorical or what's pursued for political advantage.

Along with food, shelter and clothing, healthcare is a fundamental human right. Yet it's commodified and unaffordable for growing millions of Americans because of its high cost - around double what people in other developed countries pay, an untenable situation.

In America, healthcare is rationed based on the ability to pay. It's a boon to enrich insurers, drug companies and large hospital chains - at the expense of unaffordability for countless millions.

Around 30 million Americans are uninsured, most others way underinsured - for countless numbers one high-cost illness away from medical bankruptcy.

Around two million Americans are faced with it annually because of unaffordable medical expenses, including insured individuals.

Obamacare was a bandaid solution, written by healthcare industry providers, serving their interests, not patients, making a dysfunctional system worse. It's why medical bankruptcies are a festering issue.

Even when avoiding the nuclear option, an estimated 56 million Americans suffer from the ravages of unaffordable medical expenses annually - at times forced to choose between paying rent or servicing mortgages and high medical expenses.

The problem is worsening as incomes fail to keep pace with medical costs, rising faster than inflation, notably insurance and prescription drugs. Once cheap in America long ago, they're exorbitantly priced today.

In 2017, 45% of Americans said they'd be hard-pressed to pay an unexpected $500 medical expense unless able to get loan help, either repaying it over time or not at all, according to one study.

Most insured Americans use all or most of their savings to pay medical expenses. A common way to cut costs is by skipping medications. It risks making a bad situation worse.

Yet tens of millions of Americans choose this option because of affordability, including individuals with prescription drug coverage, struggling with the high cost of co-payments.

For patients with cancer, heart disease, diabetes, and/or other major illnesses, skipping medications can be fatal. Delaying them can make overall health worse.

According to BankruptcyLaws.com, "(m)edical  bankruptcy is only available to those individuals who are considered a 'medically distressed' debtor."

It applies to individuals with at least 25% of their annual income going for medical or related expenses.

Individuals accruing the same percentage through lost wages or unpaid leave for at least a month because of illness or injury also qualify.

The US Bankruptcy Code makes no distinction between medical and other type debts - mortgage, student loans and credit cards the major categories.

Most often, student loans are not dischargeable through bankruptcy. Over 44 million borrowers have a collective $1.5 trillion debt obligation, $37,172 on average for the class of 2016.

Outstanding student loans are the second highest consumer debt category after mortgages - most individuals unable to qualify for relief through bankruptcy.

The so-called Brunner standard is the legal test in circuit court proceedings. It requires proving extreme hardship likely to continue for the term of indebtedness, along with having shown good faith efforts to repay.

Most often, student loans must be repaid as long as they remain outstanding. Federal laws mandate it, the extreme hardship exception aside.

If future federal legislation affects medical indebtedness the same way, millions of Americans may be unable to discharge their debt through bankruptcy.

Medical bankruptcy is a major issue, worsening as healthcare becomes more unaffordable for millions of Americans.

A study published by the American Public Health Association (APHA) showed medical expenses contributed to two-thirds of all bankruptcies in America.

The figure is virtually unchanged since enactment of Obamacare in 2010. The Patient Protection and Affordable Care Act left healthcare unaffordable for tens of millions of Americans.

The APHA study found middle-Americans must vulnerable to medical bankruptcy, Obamacare not helping them.

Poor Americans are less likely to seek bankruptcy as an option for relief from unpayable medical expenses because they have few, if any, assets to protect. They also can't afford legal help for court proceedings.

Bankruptcy filers for medical reasons are in worse health and more likely to skip needed treatments and medications, according to the study findings.

Americans can have whatever they want based on the ability to pay. Millions can't afford essentials to life like proper healthcare.

The only solution is universal coverage, Medicare for all - everyone in, no one left out.

According to Physicians for a National Health Program, eliminating insurers, providing no one with healthcare, will save about $500 billion annually - relieving physicians and hospitals of a bureaucratic nightmare.

It would also free up this money for universal coverage, the only equitable option.

Magic Kingdom of TYRANNY: Disney now ARRESTING its own guests...