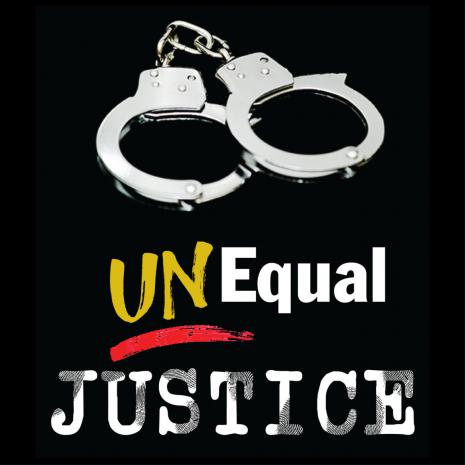 Remanding Chelsea Manning into federal custody for contempt on Friday, jailing her for invoking her constitutional rights, refusing to answer prosecutorial and grand juror questions, is one of countless examples of grand jury abuses of power - symptomatic of police state rule, how things work in the US.

Manning was constitutionally justified saying: "I will not comply with this, or any grand jury. Imprisoning me for my refusal to answer questions only subjects me to additional punishment for my repeatedly-stated ethical objections to the grand jury system," adding:

"The grand jury's questions pertained to disclosures from nine years ago, and took place six years after an in-depth computer forensics case in which I testified for almost a full day about these events. I stand by my previous public testimony."

"I will not participate in a secret process that I morally (and legally) object to, particularly one that has been historically used to entrap and persecute activists for protected political speech."

"…I resent being forced to endanger myself by participating in this predatory practice." In response to each question asked, she said:

"I object to the question and refuse to answer on the grounds that the question is in violation of my First, Fourth, and Sixth Amendment, and other statutory rights."

Her response was and remains constitutionally protected. That's not good enough in America, the rule of law long ago abandoned. Congressionally and judicially supported executive diktat power replaced it.

Forever wars of aggression against nations threatening no one is Exhibit A. So are numerous police state laws of the land, largely enacted post-9/11 - the USA Patriot Act most abusive.

It's unconstitutional for violating the First, Fifth, and Fourteenth Amendments. Americans can be prosecuted for claimed association with "undesirable group(s)."

They're subjected to unreasonable searches and seizures by unchecked surveillance powers of the state, their privacy compromised.

Due process, habeas rights, and equal justice under law greatly eroded. All of the above are hallmarks of police state rule.

Manning's First, Fourth, Fifth, Sixth, and Eight Amendment rights were violated. She was wrongfully imprisoned for invoking her free expression rights, justifiably revealing US high crimes of war and against humanity in Afghanistan and Iraq.

Subjecting her to unreasonable searches and seizures violated her Fourth Amendment rights. Her Fifth Amendment rights of due process, protection from self-incrimination, and possible double jeopardy were violated.

So was her Sixth Amendment right of a public trial represented by counsel, an impartial jury, and nature of possible charges against her.

Subjecting her to cruel and unusual punishments, including the threat to her freedom and well-being, by demanding she testify before a grand jury in secret without counsel violated her Fifth, Sixth, and Eight Amendment rights.

As originally conceived, the grand jury system was established as a "sword" against individuals accused of crimes, as well as a "shield" against oppressive, arbitrary authority.

A former New York Court of Appeals chief judge once said under the US grand jury system, prosecutors control what jurors hear. Their manipulative practices can "indict a ham sandwich" - an overstatement to highlight an unjust system.

The Supreme Court earlier ruled that federal grand jury prosecutors need not adhere to customary trial rules and procedures. Nor must they reveal evidence exculpating defendants.

Instead of protecting the public from oppressive government, they function largely as a "sword" against fundamental constitutional rights because of their manipulative practices, doing whatever it takes to get indictments they seek.

Grand juries are convened to determine if there's probable cause to indict, most often a super-majority of jurors required, at times a simple majority.

Instead of being a protective "community voice," most often they're a prosecutorial tool to indict - an unconstitutional system that should have been restructured or abolished long ago.

"…I have represented dozens and dozens of clients who were subpoenaed to testify as witnesses at State and Federal Grand Juries regarding government investigations."

"A grand jury is a secret tribunal where a citizen is forced to answer questions by a prosecutor, often against their will."

"The prosecutor alone determines what evidence will be provided to the grand jurors, and that alone forms the basis of their deliberations and their determination regarding whether a felony indictment will issue."

"The prosecutor becomes the grand jurors' friend: he (or she) controls their bathroom breaks, meals, and whether they can return to their work, families, and lives."

"The prosecutor, a politically elected position, works very closely with police every day and generally exhibits bias toward police as a result of this familiar relationship. The prosecutor holds enormous power over the outcome of a grand jury proceeding."

Witnesses risk unwitting self-incrimination, even when guilty of no crimes, denied their Fifth Amendment right to remain silent in cases where prosecutors impose immunity - yet able to game the system to their advantage if wanting a witness indicted.

That's why Manning refused to cooperate, invoking her constitutional rights to remain silent, free from possible self-incrimination, along with potentially helping the prosecutor build a case against another targeted individual - namely Julian Assange, why the grand jury she was called before to testify was convened in the first place.

Eastern District of Virginia court Judge Claude Hilton ordered her detained unless she agrees to testify, or until the grand jury she was subpoenaed to appear before concludes its work.

She could be detained as a political prisoner indefinitely. At the completion of the current grand jury's work, she can be subpoenaed to testify before a newly convened grand jury - a way to keep her imprisoned.

That's what oppressive rule is all about, the rights of many thousands of Americans violated - countless numbers for political reasons like Manning.