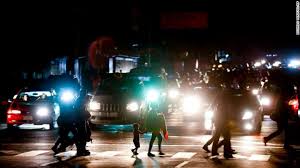 "Problems remain with transformers that have been sabotaged…in Baruta and El Hatillo. The service has been restored in 60% of these areas." Schools remain closed for another 24 hours.

Maduro requested help from China, Russia, Cuba, Iran and the UN to determine the precise source of the cyberattacks - clearly the Trump regime responsible, perhaps a joint CIA/Mossad operation with help from internal saboteurs.

Maduro claimed the March 7 attack "was carried out from US territory," saying he has proof showing how the sabotage occurred. On Wednesday, China's Foreign Ministry Spokesman Lu Kang said the following:

"Reports say that this accident was caused by cyber attacks on Venezuela's power grid. The Chinese side is concerned over this and hopes that the Venezuelan side will identify the cause and restore normal power supply and social order as soon as possible. China is willing to provide help and technical support to restore Venezuela's power grid."

Lead media press agent for the Trump regime's coup plot NYT bemoaned lack of success so far, saying the US is "run(ing) low on options to oust" Maduro, pretending Trump regime hardliners want "a peaceful change of power" - ignoring the illegality of what's going on.

The self-styled newspaper of record failed to explain sanctions imposed on Venezuela are flagrantly illegal. It seemed baffled that Trump regime tactics failed to oust Maduro so far.

"What is our message to Guaido's supporters? What should American citizens in the country do? How should other countries respond?"

I believe it was done ahead of planned escalated US violence and chaos, perhaps intending to turn Caracas into a battlefield, wanting US officials out of harm's way.

Pompeo announced the move publicly around midnight on Monday via Twitter - after saying nothing about it to reporters hours earlier at a State Department briefing on Venezuela.

Bruen called "bellicose rhetoric" by Trump regime officials his "main…concern, saying it "strengthens Maduro's position without seeming to be part of an escalation strategy."

I believe it's very much part of what they have in mind, intending Contra war violence and chaos by anti-government proxies, what could be initiated any time.

Trump, Pompeo, Bolton, and Abrams said "all options are on the table." There's no ambiguity about US tactics in its war theaters, against Iran, and other countries targeted for regime change.

For now, war by other means continues, Trump regime hardliners hoping economic, financial, and sanctions can topple Maduro - a failed strategy when tried before against other countries, notably Cuba and Iran.

The struggle to preserve and protect Venezuela's sovereign independence has a long way to go.

Trump regime hardliners aren't about to quit trying to transform the country into another US vassal state.