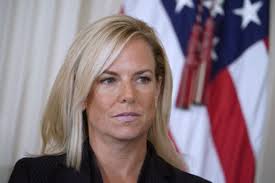 The USA Patriot Act was written months before 9/11, kept on the shelf, ready to be enacted into law following the mother of all false flags.

Numerous other police state laws, executive orders, presidential and homeland security directives, congressional authorization for endless wars, the global war OF terror, not on it,  and other tyrannical measures followed - notably establishment of the Department of Homeland Security.

In November 2002, the Homeland Security Act created the DHS as a national Gestapo, joining the FBI, CIA and NSA in enforcing repressive policies.

These agencies have sweeping unconstitutional powers of repression on the phony pretext of preparing for, preventing, and responding to domestic emergencies.

Pre-9/11, that's largely what other federal agencies, as well as existing state and local ones are all about, including police - able to fulfill their mandates at a time America's only enemies are invented ones. No real ones exist.

The DHS and related federal agencies are all about centralizing unprecedented military and law enforcement powers in the executive branch.

They're part of longstanding US imperial aims for global dominance by endless wars of aggression and other hostile geopolitical actions, along with suppressing homeland human and civil rights on the phony pretext of protecting national security.

Operating extrajudicially by breaching international and constitutional law protections, the DHS is repressive and insidious, encroaching on state and local authorities by "mandat(ing) federal supervision, funding, and coordination of 'local first responders.' "

Weeks before creation of the DHS, the US Northern Command (USNORTHCOM) was established in October 2002, an unprecedented move to militarize the mainland plus Alaska, Canada, Mexico, Gulf of Mexico and Straits of Florida.

For the first in the nation's history, presidents may deploy Pentagon troops on US streets on the phony pretexts of countering illicit drugs, an insurrection, and protecting national security.

Sweeping DHS powers include establishment of the so-called Directorate of Information Analysis and Infrastructure Protection - a Big Brother intelligence agency to spy on ordinary Americans, along with the FBI, CIA and NSA.

A wide-ranging intrusive public and private information database was created on virtually all Americans - including financial transactions and records, medical ones, emails, phone calls, purchases, books and publications read, organization memberships, as well as other personal habits or patterns.

The Patriot Act and HSA ended the distinction between foreign and domestic intelligence gathering. The firewall separating them no longer exists.

These and related measures transformed the US into a police state, most Americans none the wiser - unaware of how their fundamental freedoms eroded, heading toward eliminating them altogether. That's what totalitarian rule is all about.

The vast majority of Republicans and undemocratic Dems support what's going on. Speech, media and academic freedoms are increasingly compromised, along with assembly and association rights.

Ordinary people have virtually no First Amendment right "to petition the government for a redress of grievances." Fifth and 14th Amendments due process rights were compromised.

Arrest, prosecution, and imprisonment for alleged involvement in terrorism or association with an "undesirable group" leaves everyone vulnerable to state-sponsored abuse.

Fourth Amendment protections from unreasonable searches and seizures were lost, along with privacy rights.

Big Brother watches everyone. Trump escalated wars of aggression he inherited, along with waging war by other means on Russia, China, Iran, Venezuela, Cuba, Nicaragua, and other sovereign independent states.

Washington wants them all eliminated. War on unwanted aliens of the wrong race and ethnicity rages, as well as Muslims from the wrong countries, working Americans, and the nation's most vulnerable, its people color and poor.

Black Americans and unwanted aliens suffer most. Sacking of Homeland Security Secretary Kirstjen Nielsen was likely for not being repressive enough for Trump regime hardliners.

US Customs and Border Protection Commissioner Kevin McAleenan is replacing her as acting DHS secretary.

Last Friday, Nielsen traveled with Trump to the US/Mexico border to participate in discussions with border officers and local law enforcement officials.

According to AP News, "Trump aides were eyeing a staff shake-up at Homeland Security and had already withdrawn the nomination for another key immigration post," adding:

"Tensions between the White House and Nielsen have persisted almost from the moment she became secretary…(She) was viewed as resistant to some of the harshest immigration measures supported by the president and his aides."

It's likely why she was sacked, AP saying White House immigration hardliners want "to clean house…bringing in…people who share their (extremist) views…"

The idea aims to discourage unwanted alien mothers from coming to America with children – treating them harshly to dissuade others from seeking refuge here.

Detention facilities for undocumented immigrants are deplorable, hundreds of thousands of detainees inhumanely treated, conditions as bad or worse than imprisoned criminals face.

Policies ahead under McAleenan are likely to be tougher than Nielsen implemented - unwanted aliens to suffer more than already.