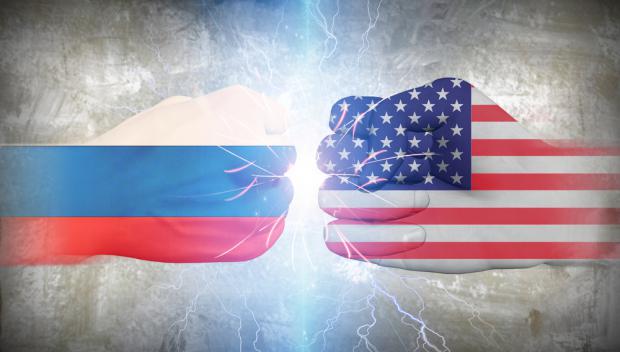 Except during WW II, the neoliberal 90s when Boris Yeltsin was Kremlin leader, and end of the Reagan era, Russia bashing has been intense since its 1917 revolution - notably throughout Vladimir Putin's tenure, especially since Trump triumphed over media darling Hillary.

US history is pockmarked with hostile actions against its own people and other nations threatening no one. At home, persecuted Black Americans went from chattel to wage slavery, from Jim Crow to its modern-day version, and from freedom to mass incarceration.

The great "Red Scare" and Palmer raids after Russia's 1917 revolution targeted left wing groups and individuals for their ideological beliefs, not wrongdoing.

Red-baiting launched J. Edgar Hoover's career as DOJ Bureau of Investigation's General Intelligence Division head, the FBI's precursor he led for over 35 years after its establishment.

His infamous COINTELPRO tactics were and remain all about infiltrating, disrupting, sabotaging, and eliminating activist groups for ethnic justice, racial emancipation, as well as economic, social, and political equality across gender and color lines.

In the late 1960s, more of the same followed by the renamed House Committee on Internal Security.

Notorious McCarthyism in the 1950s was a demagogic smear campaign against prominent figures - slandering them, ruining careers, even accusing WW II hero General George Marshall of being "soft on communism."

Russia under Vladimir Putin is falsely accused of malign activities because of the country's sovereign independence, opposition to Washington's imperial agenda, its aim for multi-world polarity, and status as the world's dominant military power, its super-weapons exceeding the Pentagon's best, developed at a small fraction of the cost.

Russiagate witch hunt House, Senate and Mueller probes were a colossal hoax, discovering no US election meddling nor improper or illegal Trump/Russia connection - because there was nothing to find.

Yet Russia bashing remains unrelenting, nearly everyone in Washington involved, major media in lockstep with Russophobic hysteria over nothing.

Early during Putin's tenure as president, the Russophobic London Guardian turned truth on its head, comparing him to Stalin, saying: "Authoritarianism is growing harsher, society is being militarized…calling on the West to reexamine its (relationship with) the Kremlin," citing nonexistent "barbaric actions, dismantlement of democracy and suppression of human rights."

The above characterizations apply to the US, Britain, France, Germany, Israel, and their imperial partners, not Russia.

Early in Trump's tenure, Politico attacked Russia, turning truth on its head, saying "Europe's political stability, social cohesion, economic prosperity and security are more threatened today than at any point since the Cold War (sic) (because) Russia is destabilizing the continent on every front (sic)" - a bald-faced Big Lie.

Virtually all establishment media falsely accused Russia of meddling in the US 2016 presidential election to help Trump defeat Hillary - despite no evidence suggesting it because none exists.

The NYT has been in the vanguard of proliferating the Big Lie, repeating it time and again for emphasis, adding to its resume of shameful misreporting.

Last September, it falsely accused Russia of "the most effective foreign interference in an American election in history" - despite nothing of the kind occurring, not in November 2016, earlier, or thereafter.

Electoral interference is a US specialty at home and abroad, its dirty hands wanting puppets in power worldwide it controls. One-party rule with two extremist right wings runs America - the War Party, waging it on humanity.

According to Time magazine disinformation, "Putin built a ragtag empire of tyrants and failing states…from major conflict zones such as Venezuela, Libya and Syria to the more obscure corners of Africa," adding:

"What comes through is a newfound Russian willingness, even an eagerness, to involve itself in wars and cultivate regimes anywhere Moscow sees a chance to assert itself."

Fact: Russia is the world leader among major powers in seeking diplomatic resolution to ongoing political and hot conflicts - the US the main instigator.

Fact: Russia seeks cooperative relations with other countries. The US wants dominion over them, their resources, and populations.

Fact: The Russian Federation never attacked or threatened another nation - what the US does repeatedly, waging permanent wars of aggression and other hostile actions on humanity.

Russia gains allies through mutual cooperation. The US pressures, bullies, bribes, and threatens other nations, demanding they submit to its will, resisters targeted by aggression, color revolutions, and old-fashioned coups.

Arrogance, hubris, and overreach brought them down, what awaits the US unless nuclear war, environmental destruction, or both dooms us all, an ominous possibility.