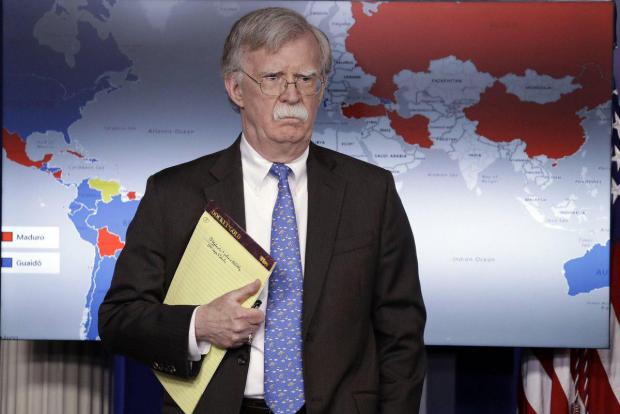 Without establishment media echo chamber support for what demands denunciation, US rage for dominating other nations wouldn't get out of the starting gate.

If print, cable and broadcast news reports championed peace, equity and justice instead of cheerleading endless wars and other hostile US actions, America would be safe and fit to live in.

Ruling authorities worldwide would be free from fear of US attacks to depose them. World peace would triumph over endless wars of aggression.

Governance of, by, and for everyone equitably in the US and West could replace hardline fascist rule. Swords could become plowshares.

The possibilities are endless, including the return of money creation power to public hands at the federal, state, and local levels, nationalizing or abolishing the Fed, eliminating Wall Street's exclusive franchise, breaking up giant banks, replacing them with publicly run financial institutions.

Money could be used to rebuild America's crumbling infrastructure and manufacturing base, creating millions of high-pay/good benefit jobs.

Money power in public hands can be transformational. By serving all Americans equitably, sustainable longterm growth and prosperity is possible - especially if US wealth isn't used to control other nations, their resources and populations, what tyranny is all about.

US war on Venezuela by other means is polar opposite the best of all possible worlds. Just societies wouldn't tolerate a war-mongering neocons like extremists infesting Washington.

"Juan Guaido is the person that the Venezuelan people chose (sic). America and now 54 other nations simply have ratified that (sic), have said, 'Yep, we recognize that's what Venezuelans want (sic).' "

Three-fourths of the world community and UN refuse to recognize imposter Guaido. The vast majority of Venezuelans revile him.

The Bolivarian Republic is a model democracy, Maduro its legitimate president - not Guaido or any other US designated stooge.

On April 15, the State Department's Office of the Spokesman turned truth on its head, calling Maduro Venezuela's "former" president - one of numerous examples of contemptible imperial arrogance.

The above Big Lies represent what the scourge of US imperialism is all about, its rage for dominion over planet earth humanity's greatest threat.

Fact: All of the above are bald-faced Big Lies, lots more below, outrageous enough to make garden variety despots blush, US tyrannical tentacles operating worldwide.

SD: "Maduro's National Electoral Council (CNE) cronies (sic) oversee the conduct of all elections and declare the winners. Since 2015, they have tilted the playing field to ensure that Maduro can't lose (sic). They have disqualified every major opposition party and most opposition candidates since 2017 (sic)."

Fact: It's polar opposite the farcical US money-controlled system, a one-party state with two extremist right wings. Ordinary people have no say over how they're governed - why voting is a waste of time.

Fact: Democracy in America is pure fantasy. Venezuelans have the real thing.

SD: "In 2017, acting on Maduro's orders (sic), the CNE organized widely contested elections for the National Constituent Assembly (sic), whose primary objective was to draft a new constitution."

"Instead, Maduro used the Assembly to usurp the powers of the legitimate National Assembly (sic), ratify his orders (sic), and enact laws (sic), many of which vilify and disparage opposition figures and their policy proposals (sic)."

Fact: Maduro and his government scrupulously observe Venezuelan and international law. Elected by national referendum judged open, free, and fair, the nation's Constituent Assembly was formed to revise and update the Constitution, tasked as well with restoring order and serving all Venezuelans equitably.

Fact: Article 349 of Venezuela's constitution states no other power can "in any way impede the decisions of the National Constituent Assembly" – not the president, National Assembly legislators, or Supreme Court justices.

Fact: Maduro usurped nothing. He observes the rule of law. The State Department lied claiming otherwise.

Fact: Virtually all of its above remarks are bald-faced Big Lies. The same goes for rubbish by Trump, Pompeo, Bolton, Abrams, and establishment media in cahoots with the US plot to topple Maduro and replace Bolivarian social democracy with fascist tyranny.

SD: "This sham electoral system (sic) culminated in the May 20, 2018 presidential elections. With most opposition figures arrested, exiled, or banned from running (sic), Maduro faced a weakened field of candidates in a rigged election (sic)."

"To drive pro-Maduro turnout, the regime bribed voters with desperately needed food and other subsidies in exchange for their votes (sic)."

Fact: Every law abiding Venezuelan can run for office, none excluded. Many opposition elements choose not to run, knowing Bolivarian candidates would defeat them.

SD: "On January 10, 2019, Maduro unlawfully assumed the presidency (sic) at a ceremony deemed illegitimate by many Venezuelans (sic) and more than 50 countries (sic), including most of Venezuela's neighbors and the majority of the European Union."

Fact: Designated US puppet/usurper in waiting Guaido is widely reviled. On the streets of Caracas alone, he wouldn't last 10 minutes.

He'd be accosted, maybe killed by furious Venezuelans, despising his collusion with the Trump regime to transform Venezuela into a US vassal state.

The vast majority of Venezuelans want US dirty hands off their country. So do most ordinary people everywhere.