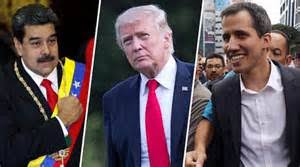 Other than active war theaters, Honduras is "the most violent country on the planet," she earlier said, its murder rate exceeding other nations.

Last year, she explained what she called the Honduran model of "militarized capitalism…neoliberal fascism," and its devastating implications for human and civil rights, health, and human dignity - in Honduras and similar repressive societies, increasingly in the US.

A state of siege exists. Human and civil rights violations are horrific. Killings, beatings, disappearances, and intimidation are commonplace.

For decades, Honduran officers have been trained at the infamous School of the Americas (SOA) - now called the Western Hemisphere Institute for Security Cooperation (WHISEC).

According to historian Dana Frank, "a series of (post-coup) corrupt (regimes) unleashed open criminal control of Honduras, from top to bottom of the government."

Emigration from the country is all about fleeing from intolerable conditions, what Republicans and undemocratic Dems want instituted in Venezuela, Cuba, Nicaragua, Iran, and all other sovereign independent states.

While military intervention in the country is unlikely, Trump regime hardliners continue to say "all options are on the table" - what's said time and again ahead of hostile actions against nations.

Separately, the Trump regime imposed new sanctions on Venezuela, targeting its central bank, aiming to cut off access to US dollars, other sanctions imposed on Cuba.

According to neocon hardliner John Bolton, it's a warning to Russia, China, Cuba, and other countries against cooperating with Maduro.

On Wednesday, he said "(t)oday, we proudly proclaim for all to hear: the Monroe Doctrine is alive and well. (Latin America) must remain free from internal despotism and external domination (sic)."

It's what US aims for controlling Venezuela (and all other countries) are all about, wanting another imperial trophy, the Bolivarian Republic transformed to resemble Honduras and other despotic states.

According to Bolton, the Trump regime will consider action by Russia and other nations to aid Venezuela "a threat to international peace and security in the region."

In response to US sanctions on Venezuela's central bank, Maduro said "(t)o me the empire looks crazy, desperate."

Cuban President Miguel Diaz-Canel said "(n)o one will rip the fatherland away from us, neither by seduction nor by force. We Cubans do not surrender."

In response to US sanctions war on Venezuela and Cuba, Russia vowed to continue helping both countries, Deputy Foreign Minister Sergey Ryabkov saying:

"We are concerned over the continuing actions by the United States toward the countries of the Latin American region. We see the sanctions as absolutely unlawful and illegitimate."

"We will oppose them. Venezuela and Cuba are our allies and strategic partners in the region. We will do everything we can to let them feel our support."

Russian support is key to preserving and protecting their sovereign independence from US aims to transform them into vassal states.