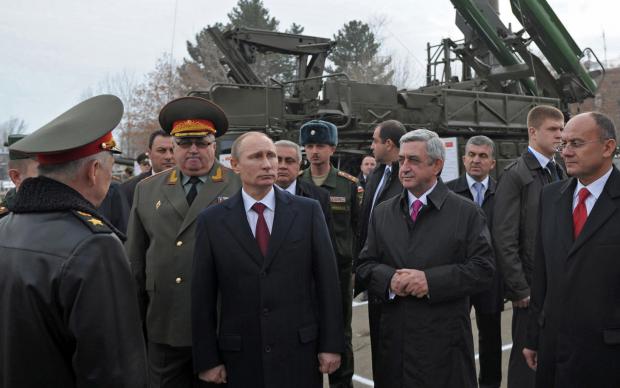 "A tense situation persists in the Idlib (province) de-escalation zone. According to reports, (US-supported al-Nusra) terrorist(s) are trying to pose as moderate opposition."

No anti-government moderates exist in Syria. All opposition elements are US-supported cutthroat killer jihadists, responsible for repeated atrocities against government forces and civilians, including CW attacks falsely blamed on Damascus.

War in its 8th year continues endlessly because the US rejects resolution, illegally occupying northern and southern parts of the country, wanting it partitioned to eliminate the Syrian Arab Republic as it now exist, a divide and conquer strategy even though its war aims failed.

MZ: "(W)e are convinced that it is necessary to continue the fight against terrorist organizations, recognized as such by the UN Security Council, regardless of the names under which they may hide."

Humanitarian conditions are deplorable in areas controlled by the US, Turkey, and terrorists both countries support — civilians suffering and dying from violence and extreme deprivation.

In the al-Hol refugee camp alone, "people…are suffering from a shortage of food and water, as well as acute respiratory and gastro-intestinal diseases," MZ explained, adding:

"Dozens of people, including children, have died from hypothermia, malnutrition and a lack of medical treatment."

US aggression on Syria since March 2011 bears full responsibility. Its NATO partners, Israel, and other regional rogue states share blame.

MZ: "It's hard to imagine a more absurd threat to our friends. In more than two hundred years of Russian-Latin American relations, our country has never taken any forceful action in that region, never made any threats of military action, humanitarian interventions or low-intensity force operations against any" regional country."

Moscow seeks cooperative relations with other countries, polar opposite how the US operates, seeking dominance over planet earth, its resources, and populations — by brute force if other tactics fail.

MZ: The Trump regime "continues playing up the (possibility) of a force scenario in Venezuela, although all Latin American and Caribbean countries, as well as the overwhelming majority of countries in other regions, have firmly and clearly opposed the armed invasion of Venezuela, in whatever humanitarian wrapper it is presented."

"(S)tatements by members of the Trump (regime) are destabilizing" the country. The threats of the US military are forcing the legitimate government of Venezuela to spend large amounts on the country's defense."

"The US sanctions and the pirate-style seizure of (its assets) are causing the socio-economic degradation in Venezuela."

"Instead of immediately ceasing to threaten the Venezuelans with war and returning stolen (assets), the (Trump regime) is preparing new provocations."

MZ and other Russian officials waste time and effort trying to persuade Trump regime hardliners to abandon their coup plot and respect international law — instead of strongly condemning their actions, going all out to challenge and defeat them.

They included "pressure on voters (by the Poroshenko regime), unscrupulous methods used by the media, the use of dirty campaign tactics, the actual preventing of millions of Ukrainian citizens, including those in Russia, from taking part in the voting, and banning Russian representatives from acting as international observers."

Ukraine's electoral process is hugely flawed. "(I)n no way can be considered a model for the free and independent expression of voters' intentions," MZ stressed.

Despite countless dirty tricks Poroshenko used to try staying in office illegitimately, ignored by the West, challenger Vladimir Zelensky trounced him by a 73 - 24% victory margin.

MZ: "Ukrain(ians) overwhelmingly voted to express their disapproval of the destructive policies pursued by Poroshenko's regime."

Russia took note of what happened, MZ adding: "The prospects for Russia-Ukraine relations will depend on the practical steps to be taken by Kiev and on the new Ukrainian leadership's readiness to take responsibility for the decisions to be made, as well as for implementing international agreements, including the settlement of the crisis in Donbass on the basis of the Minsk Package of Measures approved by the UN Security Council."

As discussed in a same-day article, prospects for improved bilateral relations are virtually nil. Zelensky's hostile comments about Russia left no ambiguity.

Succeeding Poroshenko leaves his hardline agenda in place, including pro-Western policies, intermittent war in Donbass, and hostility toward Russia.

Like virtually always in the West post-elections. Things change but stay the same — why voting is a waste of time, accomplishing nothing for ordinary people.

Did Japan Just Warn the US of an Impending Joint Attack From China and Russia?