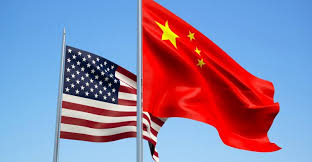 In mid-May, the Trump regime blacklisted Chinese tech giant Huawei and its 70 affiliates from the US market on the phony pretext of preventing the company from "potentially undermin(ing) US national security."

Placing the company and its affiliates on a so-called Entity List prohibits them from buying parts and components from US companies without Washington's approval.

The action shuts the company out of the US market, making it hard for it to sell some of its products that rely on what's bought from US suppliers.

At the same time by executive order, Trump banned US companies from using information and communications technology from any source his regime calls a threat to US national security, declaring a national emergency on the issue.

As a result, Google stopped selling its Android apps to Huawei. Chipmakers Intel, Qualcomm, and Broadcom said they'll suspend sales to the company.

The Commerce Department issued limited exemptions to the ban for 90 days, the US supply chain to operate for this period, Huawei able to fulfill existing orders and provide software updates for its mobile phone users.

Last week, China's central economic planning authorities, along with their national development and reform commission, as well as ministries of commerce, industry and technology counterparts reportedly warned major US tech companies they'll face "dire consequences" if comply with the Trump regime's ban to cut Huawei out of the global supply chain.

They were also warned against relocating their production facilities to other countries, saying this action could have permanent consequences.

According to investment banking advisory firm Evercore, Huawei buys around $20 billion worth of semiconductors annually, a major loss for US producers if sales to the company stop or are cut way back.

Non-US companies were told they'll face no consequences if continue normal business relations with the China and its enterprises.

Days earlier in response to hostile US actions against Huawei, China's Commerce Ministry said it'll blacklist what it called the country's "non-reliable entity list," comprised of foreign "entities, individuals and companies that block and shut the supply chain, or take discriminatory measures over non-commercial reasons, and when their actions endanger the business of Chinese companies…"

Toughness cuts both ways, China able to retaliate appropriately against unacceptable US actions. It's not about to roll over to the US like subservient EU countries, Japan, and other nations bowing to its interests at the expense of their own.

Much US manufacturing relocated to the country. The global supply chain can't operate without its involvement.

Its ruling authorities won't bend to unfair US demands. If Trump remains hardline on China, its authorities are prepared for a longterm struggle.