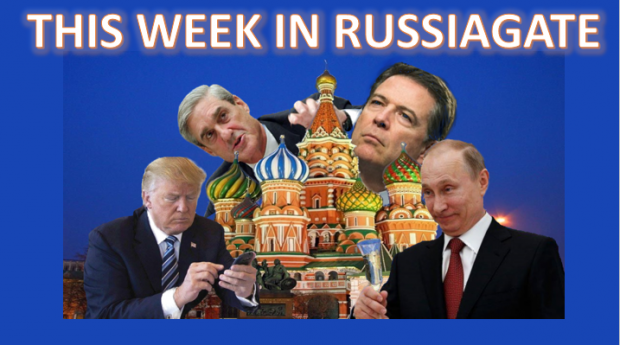 The 500-page IG report included detailed information on FBI and DOJ dysfunctional and unaccountable actions throughout the probe into Hillary's private server use for official State Department business.

Evidence his team uncovered showed the Russiagate probe "potentially indicated or created the appearance that investigative decisions were impacted by bias or improper considerations."

Actions by the FBI under James Comey aimed to delegitimize Trump for the wrong reasons, bashing Russia unjustifiably at the same time.

"The IG report has destroyed the credibility of the Department of Justice and the FBI.

"The Obama DOJ/FBI investigation of Clinton was rushed, half-baked, rigged, and irredeemably compromised by anti-Trump and pro-Clinton bias and actions."

"(I)t is outrageous to see a politicized FBI and DOJ then so obviously refuse to uphold the rule of law."

"The IG report details repeated DOJ/FBI deference to Hillary Clinton, her aides and their lawyers…at the same time…actively collaborating with the Clinton campaign's Fusion GPS to spy on and target then-candidate Trump."

What occurred destroyed the credibility of Mueller's politicized Russiagate witch-hunt probe, showing there was no just cause to undertake it.

In March 2018, Horowitz began investigating whether the DOJ and FBI operated legally or illegally in obtaining secret surveillance warrants related to probing whether an improper or illegal Russian/Trump campaign connection existed.

Hillary and the DNC hired him to produce what turned out to be a dodgy dossier on alleged Trump team/Russia collusion to aid his campaign.

It was filled with unverified accusations and allegations, fabricated claims of Russian US election meddling with no credible evidence supporting them.

For whatever reason, he agreed to meet with Horowitz's investigators in London. They gained access to his memos, notes, and other materials.

Based on credible evidence he uncovered, he called the operation "a rogue charity," operating fraudulently for private gain – "neither…organized nor operating lawfully from inception in October 1997 to date…"

"(I)t is a case study in international charity fraud of mammoth proportions" – with no independent trustees or financial auditing.

Ortel hopes Horowitz will reveal the truth about nonexistent Russian US election meddling.

Congressional and Mueller probes found no evidence suggesting it — while claiming it occurred along with the US intelligence community, no facts presented backing their accusations.

"The reality is that the Deep State  (including top US officials) harnessed legal and other powers to shred protections theoretically available under our Constitution and Bill of Rights."

"(H)istory may show…that (Obama and Hillary) wanted Trump to be the 2016 Republican candidate because they believed he might fall victim to the" devious stunts they used against him and Russia and be easy to defeat.

"Then, after Trump won, they realized (he) might get to the bottom of what could be the largest political and criminal conspiracy ever attempted in the United States."

They were involved in "running the federal government for the benefit of political donors to crush political enemies, using taxpayer funds, (while) enrich(ing) politicians using many billions/trillions of dollars."

It remains to be seen how much dirty linen Horowitz's report may reveal. Most important is whether accountability for wrongdoing will be enforced if he reveals credible evidence and names names.

Despite plenty of damning evidence about Clinton Foundation shenanigans and what Horowitz's report discussed above revealed about FBI and DOJ dysfunctional and unaccountable actions in their probe into Hillary's improper or illegal private server use for official State Department business, no accountability followed so far.

Engdahl: Towards A US-China War? The Creation of A Global Totalitarian...