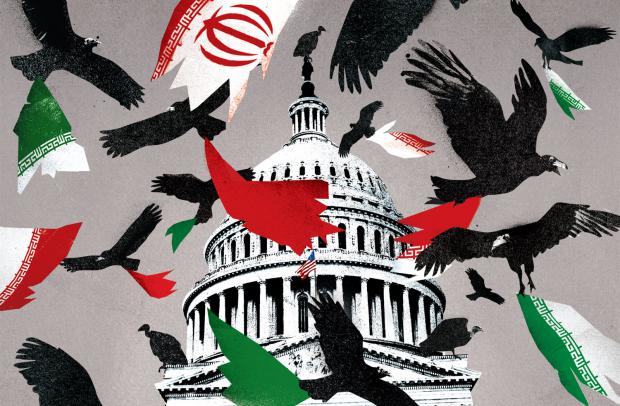 The US under both right wings of its war party is hostile to what just societies everywhere hold dear.

Pulling out of the landmark/Security Council adopted JCPOA nuclear deal for fabricated reasons may scuttle what took years of talks to agree on because Europe refuses to honor its commitments.

On Wednesday, the nuclear watchdog IAEA held a special session on the JCPOA at the Trump regime's request, wanting the organization to criticize Iran for increasing its enriched uranium amount and purity beyond levels permitted under the deal.

Because the US and Europe breached their international law-mandated JCPOA obligations, Iran invoked its legal right under the deal to begin resuming its pre-agreement nuclear operations.

The Trump regime and Europe bear full responsibility for abandoning what they pledged to honor.

At the special July 10 IAEA Board of Governors session, the organization did not deliver affirmation of White House JCPOA actions it hoped for by requesting Wednesday's meeting.

"Another failure for the US at the mockery of the IAEA's Board of Governors," Iranian Foreign Ministry spokesman Seyyed Abbas Mousavi tweeted following the Wednesday meeting, adding:

"The US was once again isolated by its own hands. The legal strength of the JCPOA, the active diplomacy and the fruitful political and ethical record of Iran block(ed) all the paths to arrogant (Western) deal-breakers."

Trump regime hypocrisy was glaring at the session, wanting Iran falsely blamed for its own breach of the nuclear deal — while the Islamic Republic remains in compliance with its provisions.

"Irony of IAEA Board meeting on US request:

a. US abhors JCPOA, axed & violates it, and punishes all who observe it;

b. US has no standing to raise JCPOA issues;

d. Iran's actions are lawful under para 36 of accord"

Tehran's envoy to the IAEA  Kazem Gharib-Abadi said the following after Wednesday's session:

"The United States has imposed economic terrorism against some states, including through imposition of sanctions and extraterritorial application of them."

"We have been informed that the United States was seeking to have some formal outcome of this meeting, something like a resolution…but because they haven't been in a position to convince the others to have their support for their claim, regarding consideration of Iran's ceasing its implementation of the JCPOA, there has been no conclusion," adding:

"The majority of the members of the Board supported the JCPOA, multilateralism and deplored unilateral actions of the US."

Despite failure of the IAEA to condemn the Trump regime's JCPOA breach by unlawfully pulling out of the agreement, the White House came away from Wednesday's session with a black eye for failing to get the organization's board to side with its action and blame Iran for its increased uranium enrichment — permitted under its provisions when other signatories breach their obligations.

During Wednesday proceedings in Vienna, Gharib-Abadi slammed "the sadistic tendency of the United States to use illegal, unilateral sanctions as an instrument to coerce sovereign states and private entities…(It) should come to an end," he stressed.

"We are confident that the long-term sustainable implementation of the JCPOA can only be achieved on the basis of full commitment of all parties involved to their obligations, while maintaining a balance of interests and unwavering reliance on the principle of reciprocity, which is the underlying basis of the 'nuclear deal.' "

"The notorious (unlawful Trump regime) withdrawal…from the JCPOA is not de jure recognized by the international community."

"Washington, contrary to (its) obligations, restored (illegal unilateral) sanctions against Iran and is actively seeking their widespread extraterritorial application…to exclude any possibility of (Tehran's) obtaining economic and other benefits" from the agreement."

"The cynicism of the US actions" is evident for the world community to see. If the JCPOA dissolves, the Trump regime will bear full responsibility, Ulyanov stressed, tweeting the following:

"The responsibility for a possible wreckage of the verification regime in #Iran will lay solely on #Washington. The negative consequences will affect the whole of the #IAEA safeguards."

"We urge all Board Members to strongly condemn the destructive US policy" — what it failed to do, maintaining neutrality while not siding with the White House against Iran, Ulyanov adding:

"It is obvious, however, that it is difficult to maintain the deal (with) only one of its two pillars. As a result, the US policy on the economic clampdown of Iran negatively affects the IAEA inspections in Iran."

Separately on Wednesday, Trump tweeted that "(s)anctions (on) Iran will soon be increased, substantially."

Sanctioning its officials is symbolic alone. Most everything else is already unlawfully sanctioned by the Trump regime.

Note: While Britain, France, Germany, and the EU rhetorically express support for the JCPOA, their unlawful actions clearly show otherwise.

If the deal collapses, they'll share blame with the Trump regime for supporting its hostile anti-Aran agenda.