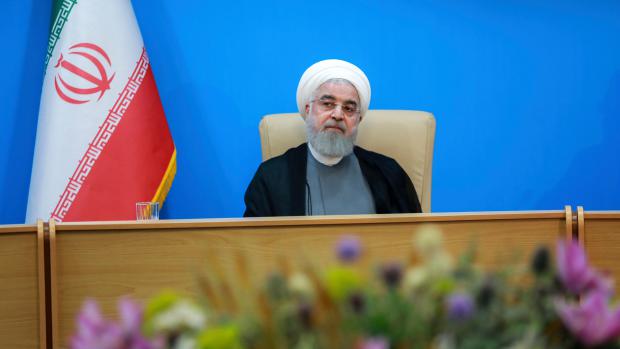 US rage to control other nations, their resources and populations is the greatest threat to world peace, stability and security.

Its imperial agenda threatens everyone everywhere, risking potential destruction of planet earth to own it, all life forms endangered by its rage.

They want ruler-serf societies everywhere they control, US-dominated NATO transformed into a global military on every continent — enforcing US interests, along with official narrative mind control, alternative views eliminated.

They want global societies unfit and unsafe to live in, US-headquartered masters of the universe enforcing the will of Wall Street; the military, industrial, security, controlled media complex; and other corporate predators.

Orwell's 1984 no longer is fiction. Big Brother watches everyone. Endless wars rage against invented enemies, planned new ones on the drawing board to be launched at the whim of the US ruling class.

The nation I grew up in long ago no longer exists. The American dream members of my generation enjoyed is gone. You have to be asleep to believe otherwise, the late George Carlin explained.

An increasingly totalitarian/tyrannical oligarchic plutocracy replaced the US of my youth — intolerant of democratic values and the rule of law everywhere, especially not at home.

Iranian Foreign Minister Zarif is participating in the July 20-21 Ministerial Meeting of the Coordination Bureau of the Non-Aligned Movement (NAM), taking place in Caracas — Venezuela the host country, enhancing the Bolivarian Republic's sovereign independence and prestige on the world stage.

Some 120 nations comprise the NAM, two-thirds of UN member states.

The organization was established in 1961, an initiative of Indian Prime Minister Jawaharlal Nehru and Yugoslav President Josip Broz Tito.

In his 1979 Havana Declaration, Fidel Castro defined the organization's purpose, saying the following.

It's to insure "the national independence, sovereignty, territorial integrity, and security of non-aligned countries (in their) struggle against imperialism, colonialism, neo-colonialism, racism, and all forms of foreign aggression, occupation, domination, interference or hegemony, as well as against great power and bloc politics."

NAM's founding Declaration said "(p)eace cannot achieved with separation, but with the aspiration towards collective security in global terms and expansion of freedom, as well as terminating the domination of one country over another."

The movement's five principles include:

Mutual respect for each other's territorial integrity and sovereignty.

All of the above are contrary to the imperial aims of US-dominated NATO and partners.

NAM member state ministers are discussing international law principles, the right of sovereign independence for all nations, decolonization processes, Venezuelan and Iranian resistance against US aggression, along with other relevant topics.

Iran's Foreign Minister Zarif sounded the alarm about what he called a "new wave of US radical unilateralism," the world community of nations threatened by its rage for global dominance — pursued by economic, financial, trade, sanctions, and preemptive hot wars.

"This challenge is weakening the rule of law in the world and is threatening global peace and stability," Zarif stressed, adding:

"Even many US allies are being exposed to the unprecedented US interference in their internal affairs."

Zarif called for NAM member states to "resist this new (US) wave and push it back." He hailed Iran's "pioneering in resisting (US) economic terrorism."

"Our sincere efforts to respond to unfounded concerns about our peaceful nuclear program is one of the many victims of the new unilateralism," he stressed.

He slammed the Trump regime's aim "to push the nuclear deal to the brink of collapse despite the world's investment in" preserving it, adding:

"Not only did the US violate the UNSC resolution, but also has sanctioned the countries that wanted to stick to the agreement" — namely Iran, Russia and China.

He denounced Trump and Netanyahu regime aims to deny Palestinians their universally recognized right of self-determination.

The US "brings insecurity and instability to anywhere it sets foot. Today it has taken insecurity to the Persian Gulf, Middle East, as well as South and Latin America by its presence," he stressed, adding:

"We don't know anywhere in the world to which US presence has brought stability. Anywhere they have set foot, they caused extremism and terrorism and put people under pressure."

While in Latin America, Zarif will also visit Nicaragua and Bolivia to express solidarity with their sovereign independence and leadership.

He warned Trump regime hardliners against "playing with Iran. We always respond…We say you may start a war, but you won't be the ones who end it" — adding loud and clear:

"We will survive. We will prosper long after…Trump is gone. Our time slots are in millennia."

"Our Warplanes Can Reach Iran":