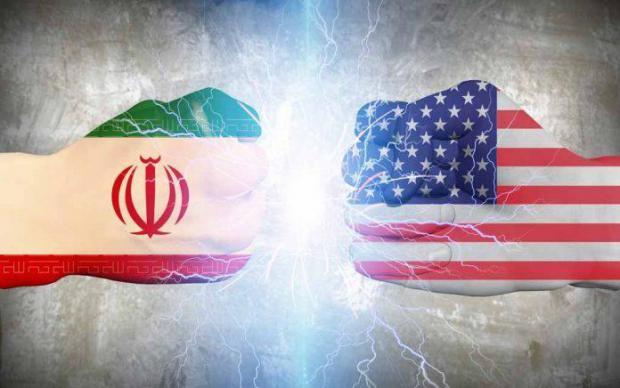 Like the White House, war department, other US agencies and establishment media, the State Department is a lying machine — especially under neocon extremists Pompeo and Hillary when she was in charge.

Both figures vie for which one operated more ruthlessly and recklessly as chief US diplomat in name only.

On Friday, he lied claiming Trump  is "prepared to negotiate with no preconditions and sit down and talk about the terror activity, the missile program, the nuclear program as well," adding:

"I hope that the Islamic Republic of Iran leadership, the ayatollah in particular, will take this opportunity to solve this in a way that is diplomatic."

Fact: Diplomacy is a lost art in the Washington, long ago abandoned, unacceptable demands and brute force replacing it.

Fact: Since Iran's 1979 revolution, ending a generation of US-installed fascist tyranny, Republicans and undemocratic Dems have been and continue to be hellbent for returning the country to US vassal state status — along with gaining control over its vast oil and gas reserves.

Pompeo lied claiming an Iranian drone "closed within a threatening range" of the USS Boxer in the Persian Gulf — over 7,000 miles from the US, operating in waters where no US warships belong.

He lied saying the (unthreatened) "ship took defensive action against the UAS to ensure the safety of the ship and its crew" — falsely claiming the drone was downed.

On Friday, Iran's IRGC released video footage taken by the drone in question while monitoring the USS Boxer in the Hormuz Strait, returning to base unharmed, its images preserved, exposing Trump's Big Lie claim about downing the UAV, repeated by Pompeo's State Department.

On Friday, officials of the Trump regime's state and war departments met with their imperial counterparts from dozens of other nations, seeking to build an anti-Iran coalition on the phony pretext of "safeguarding freedom of navigation and maritime security in the Middle East."

They got few if any takers for the hostile initiative to stoke regional conflict against nonbelligerent Iran. The Trump regime may be left with a coalition of one in pursuing possible war on the country.

Hostile US actions against non-threatening nations make more enemies than friends. Belligerent US policy with no end of it flies in the face of the UN Charter and aims of most nations to engage cooperatively with others on the world stage.

The US, especially under Trump, is a sanctioning machine, militarizing this action illegally against nations, entities, and individuals it doesn't control.

Pompeo said a senior Hezbollah External Security Organization official was sanctioned — falsely and ludicrously claiming it was "for perpetrating and plotting terrorist attacks in the Western hemisphere."

Hezbollah is a democratically elected part of Lebanon's government, its military wing exclusively for defense, its forces aiding neighboring Syria combat US-supported ISIS and other terrorists, a noble undertaking, wanting the scourge eliminated and kept from spreading cross-border to Lebanon.

The State Department falsely accused Iran and Hezbollah of involvement in the 1994 attack on the Argentine-Israelite Mutual Association (AMIA) — killing scores, injuring many others.

Iran, Hezbollah, Hamas, and other imperial adversaries are falsely accused of all sorts of things they had nothing to do with.

On July 18, Pompeo said the following: "As part of our maximum pressure campaign, the US sanctioned a global network of companies and agents that procured materials for Iran's nuclear program. The world's leading sponsor of terrorism should not be enriching uranium."

Indeed! "The world's leading (US, UK, French, Israeli state) sponsor(s) of terrorism should not be enriching uranium." Nor should their menacing nuclear arsenals go unchallenged.

They're virtually always imposed on nonbelligerent targets — while the world's leading state sponsor of terrorism USA and its imperial partners remain unacceptable for the highest of high crimes against peace.

The US and its killing machine partners represent an unparalleled threat to humanity — nation state equivalents of mad dog monsters.

Netanyahu regime official Tzachi Hanegbi boasted that "Israel is the only country in the world that has been killing Iranians for two years now."

Along with assassinating Iranian nuclear scientists, the IDF has been terror-bombing Syrian sites for years, waging preemptive war on the country without declaring it, goading Damascus to respond defensively to escalate aggression more than already.

One day the Jewish state may pay a major price for its decades of Nuremberg-level high crimes.

The same goes for the US.