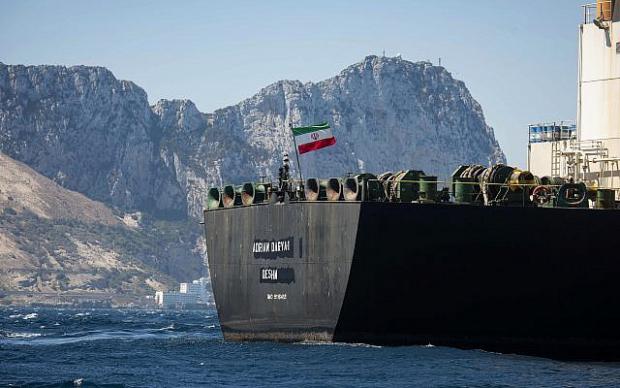 Over 40 days after Britain illegally seized Iran's Grace 1 super-tanker (renamed the Adrian Darya 1) on orders by the Trump regime, likely John Bolton — the vessel left Gibraltar late Sunday evening for a reported Mediterranean destination believed to be Kalamata, Greece, according to TankerTrackers.com.

Iranian lawmaker, member of its Parliament National Security and Foreign Policy Committee, Alaeddin Boroujerdi explained that "(o)ur diplomacy on this issue (getting the tanker released) was based on ensuring national security and interest of the country and also on revolutionary diplomacy of resistance."

"Seizing Iranian tanker was an illegal measure and an act of piracy by England upon US order."

"England's measure was a threat to international maritime security, so the Islamic Republic of Iran decided to give a firm response since many countries send tankers to the Persian Gulf to buy oil and Iran couldn't let the region face a crisis."

Iran's envoy to London Hamid Baeidinejad tweeted: "The overwhelming attention of global and regional politicians and the public opinion reflects the important political, international and legal outcomes of the actions taken in the past few days."

"The US, with its forlorn last-ditch attempts, tried to prevent the release of the oil tanker but faced a humiliating defeat."

"This means that the crisis with Britain is not over. Britain has the primary responsibility for ending the oil tanker crisis."

Trump regime orchestrated tanker war is all about applying unlawful "maximum pressure" on Iran — because of its sovereign independence, opposition to US aggression, support for Palestinian rights, and redoubtable resistance against the US imperial scourge.

Britain is a subservient appendage of US foreign policy, the same true for other NATO countries, Israel, and most nations in Latin America, Asia, and elsewhere.

"We have issued a warning through official channels, especially the Swiss embassy."

Trump regime all-out war on Iran by other means rages despite the Adrian Darya 1's release.

It's just a matter of time before its next hostile act, pushing things toward possible belligerent confrontation with the region's leading peace and stability proponent.

The US under both right wings of its war party is an unparalleled global menace — proved time and again by its contempt for peace, equity, justice, and the rule of law.