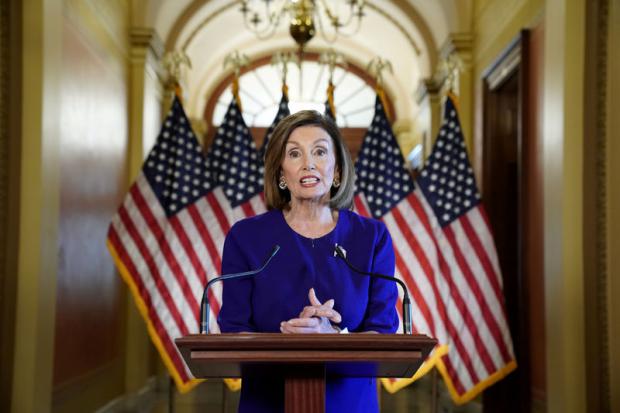 Actions in the Washington cesspool never surprise — by members of both right wing of the US war party.

They represent the greatest threat to world peace and ordinary people everywhere at home and abroad.

Her long disturbing congressional record shows she exclusively serves wealth and power interests at the expense of the vast majority of Americans she disdains, proving it time and again.

Her deplorable voting record speaks for itself, backing:

1. the 1999 Gramm-Leach-Blily Act repeal of Glass-Steagall, permitting some of the most egregious financial abuses in the modern era;

2. the September 2001 Authorization for Use of Military Force (AUMF), permitting endless wars of aggression in multiple theaters, raging endlessly;

3. annual National Defense Authorization Acts and US wars of aggression;

4. Obama's neoliberal harshness, continuing under Trump, along with tax cuts for the rich, benefitting her and her husband enormously, without admitting it;

Her support for the military, industrial, security, media complex is all about backing endless wars of aggression against invented enemies. No real ones exist.

Pelosi represents what belligerent, plutocratic, oligarchic, increasingly totalitarian rule is all about, notably contemptuous of nations on the US target list for regime change — Russia, China and Iran topping the list.

On Friday, she falsely accused Russia of involvement in Ukrainegate, a failed Russiagate scam spinoff with no legitimacy, supported by undemocratic Dems and their echo-chamber media.

Repeating the long ago debunked Russian US election meddling Big Lie that won't die, she falsely accused Moscow of "ha(ving) a hand in this."

Referring to the Ukrainegate scam, she offered no evidence backing her accusation because none exists.

During a Friday press conference on the sidelines of the UN General Assembly in New York, Sergey Lavrov slammed Pelosi's Big Lie, saying:

"Russia's been accused of all the deadly sins, and then some. It's paranoia, and I think it's obvious to everyone."

"Speaker of the lower house of Congress Nancy Pelosi believes that Russia is involved in the scandal over July telephone conversation between us and Ukraine Presidents Donald Trump and Vladimir Zelensky."

"This (baseless) assumption was made on Friday…Pelosi (not) explaining what it means, and without providing evidence of her words."

"Considering that it was Nancy Pelosi who caused the 'Scandal around the telephone conversation between the presidents of the United States and Ukraine,' then, according to the speaker's logic, Russia attached the hand to her."

What's going on is continuation of the most shameful political chapter in US history, ongoing since Trump took office, along with railroading Richard Nixon.

Both episodes represent McCarthyism on steroids – supported by establishment media, furious about Trump's triumph over Hillary, targeting him largely for the wrong reasons, ignoring plenty of right ones.

Mueller's probe ended with a whimper, not the bang Dems wanted, Ukrainegate their second bite of the apple to try discrediting Trump for political advantage ahead of November 2020 elections.

That's what Russiagate and Ukrainegate are all about.

These actions by undemocratic Dems and their media press agents are further clear proof that Washington's deeply corrupted political system to its rotten core is far too debauched to fix.