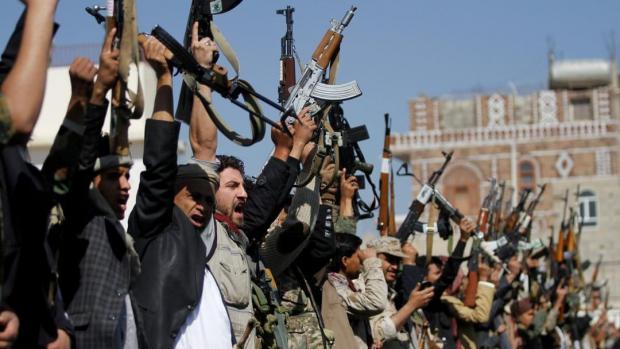 Rogue regimes can never be trusted, the Saudis one of the world's worst.

Since allying with US terror-bombing and siege of Yemen in March 2015, the Saudis were pushed by the Obama and Trump regimes to continue raping the country and its people without letup.

That's where things now stand. Endless war rages because bipartisan hardliners in Washington reject restoration of peace and stability to the war-torn country and its long-suffering people — enduring a modern-day version of a medieval siege.

Since US drone war on the nation began in October 2001, hundreds of thousands of Yemenis perished from conflict, untreated diseases, starvation, and overall deprivation — young children, the elderly and infirm suffering most.

Doing US bidding, along with pursuing its own objectives, Riyadh's terror-bombing of Yemeni hospitals, schools, residential areas, marketplaces, food storage facilities, and other civilian targets continue without letup — despite losing its war against superior Yemeni Houthis' firepower, defending their country's territory against hostile aggression.

On Friday, the Wall Street Journal reported that Riyadh "agree(d) to a partial ceasefire in Yemen," citing unnamed sources.

Houthi co-leader Mohammed Ali al-Houthi responded, saying: "Yemen will only accept a comprehensive cessation of aggression and lifting of the siege"— by the US, Riyadh and their imperial partners.

"Yemen will only accept a comprehensive cessation of aggression and lifting of the siege." Nothing less is acceptable.

Nothing in prospect suggests an end of conflict even if Riyadh breaks with Washington and pulls out of the conflict to cut its losses and enormous drain on its resources.

According to Brookings, "the war costs Saudi Arabia at least $5-6 billion a month." If the actual cost is anything close to this estimate, Riyadh spent up to $250 billion since March 2015 - a colossal waste of its resources for endless mass slaughter and destruction, achieving no strategic aims.

"The operation resulted in the complete destruction of three military brigades of the enemy (Saudi) forces, seizure of large quantities of military equipment, including hundreds of vehicles and armored vehicles, capture of thousands of enemy forces, mostly traitors and the beguiled (Saudi-sponsored Yemeni militiamen loyal to Yemen's US installed puppet president Abd Rabbuh Mansur Hadi). Hundreds more were killed and wounded in the process as well," Saree claimed.

If true, it's another major blow to Riyadh, more of the same likely if it continues waging war it can't win.

According to the American Conservative publication, an unnammed senior US official knew the Saudis couldn't defeat Yemenis Houthis, calling war in the country "a quagmire."

Yet the Obama and Trump regimes pushed Riyadh to keep waging it.

The Saudi have two options. Continue endless unwinnable war in cahoots with the US, or pull out and cut its losses.

Even kingdom super-wealth has limits. Draining it endlessly risks destabilizing the country and region more than already.

The Saudis are also allied with US aggression in Syria, providing funding and weapons for ISIS and other jihadists — further draining its resources.

Selling What the Nuremberg Code and Hippocratic Oath Ban