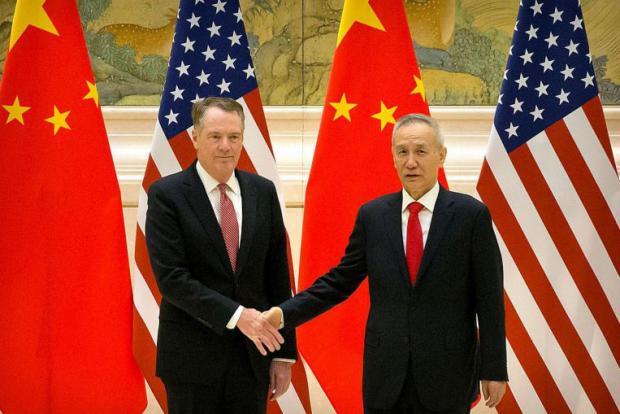 Whatever follows the 13th round of US/China trade talks concluding Friday alone matters. Major differences over structural issues remain hard-wired on both sides — unchanged and not about to ahead.

Following Thursday talks, the South China Morning Post (SCMP) reported that "Chinese and US officials agree(d) on lunch but are no closer to (a) deal" — other than on minor issues that could have been resolved last year.

Ahead of an October 15 deadline for US tariffs on $250 billion worth of Chinese imports to increase from 25 - 30%, what Trump called a "phase one almost complete" deal was agreed on.

Based on the history of bilateral talks so far, it more accurately should be called a no-deal/deal.

On Thursday, SCMP reported that the Trump regime is considering imposition of restrictions on US investments in China, creating a greater breach between both countries if he goes this far — on top of major damage to bilateral relations already in place.

More talks will continue on major unresolved issues. For the moment, subject to change any time and likely will ahead, US tariff hikes scheduled for October 15 are on hold, not cancelled.

Scores of Chinese companies on the Trump regime's blacklist will be reviewed, actions against tech giant Huawei to be discussed separately in follow-up talks.

Nothing substantive is in writing. According to Trump, it'll be weeks before issues agreed on to be finalized. As many times before, Chinese negotiators pledged to purchase billions of dollars of US agricultural products — clearly dependent on Trump regime reciprocity on issues vital to Beijing.

On Friday, the Wall Street Journal reported that stocks and bonds rose sharply over Trump's offer to meet with China's chief negotiator Vice Premier Liu He and optimism over a possible deal between both sides — despite no evidence suggesting resolution of major differences was possible.

Irreconcilable ones separate both countries on major political, economic and military issues.

Unresolved after many rounds of talks, the latest one is unlikely to achieve what earlier high-level efforts failed at — no matter public pronouncements by both sides now and ahead.

Beijing is especially outraged over Trump's economic war, including scores of blacklisted Chinese enterprises, human rights accusations, provocative Pentagon incursions near its territorial waters and airspace, along with US dirty hands all over months of violent protests in Hong Kong.

Longstanding meddling in the internal affairs of other countries is forbidden by international law, consistently ignored by both right wing of the US war party.

Trump very much wants a deal with China to further his reelection chances. Beijing has no incentive to accommodate him without significant reciprocity not forthcoming so far.

It's increasingly reliant on domestic consumption while continuing to be an export powerhouse.

According to analyst Brandon Smith: "Even when we set aside all the geopolitical obstacles to a trade deal…there is nothing compelling China to make a deal in the near term, and this makes the trade talks this month rather predictable."

Smith believes talks would either continue impasse or both sides would announce a "positive discussion (and) possible deal" — a "head fake" with no significant fruition ahead like earlier.

There's no cause for optimism when both sides remain irreconcilably apart on major structural issues China won't compromise on to accommodate unacceptable Trump regime demands.