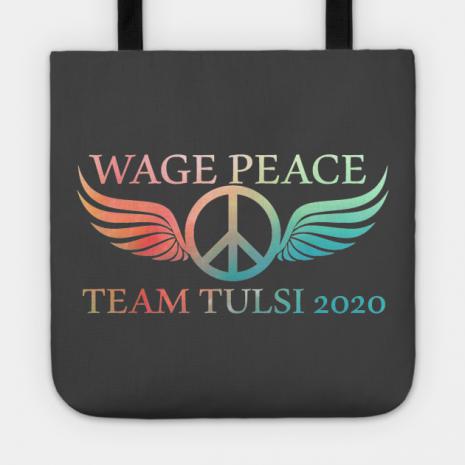 Throughout the post-WW II era, the NYT supported and cheerled all US wars of aggression against nonbelligerent states threatening no one, operating as a virtual press agent for Pentagon mass slaughter and destruction.

The same goes for supporting Israeli high crimes against defenseless Palestinians, brutalizing and killing them with impunity, the world community and Times-led establishment media failing to condemn its ruling authorities for offenses too egregious to ignore.

Throughout the ongoing US presidential campaign, the self-styled newspaper of record is at war with Trump for the wrong reasons, ignoring key right ones, along with going all-out against Gabbard — the only anti-war, progressive aspirant in the race for the nation's highest office.

For the Times, other establishment media, and US dark forces, peace, equity and justice are anathema notions they abhor — championing endless wars of aggression and governance of, by, and for monied interests exclusively, democracy for the privileged few at the expense of most others.

On Friday, the Times asked: "What exactly is Tulsi Gabbard up to?" The broadsheet mocked her criticism of undemocratic Dems, justifiably accusing them of "rigging" the process against aspirants for peace and progressive policies, adding:

Her campaign "reminds some (Dems) of the narrative pushed by Russian actors during the 2016 presidential contest" — the Big Lie about (nonexistent) Kremlin meddling the Times and other establishment media won't let die.

The self-styled newspaper of record cited former Hillary aide Laura Rosenberger, falsely accusing Gabbard of being "a potentially useful vector for Russian efforts to sow division within the (Dem) party."

The phony accusation is similar to the Big Lie about an illegal or improper Trump team/Russia connection. House, Senate and Mueller probes found no evidence suggesting it or anything about Russian US election meddling because there was none.

"She is from Hawaii, and she spends each morning surfing" — irresponsibly mocking part of her exercise routine for good health and vigor that includes calisthenics, running, and hand weights.

The Times falsely claimed "(s)he doesn't fit neatly into any one established ideology or school of thought."

Her anti-war, progressive agenda is detailed on her website and in public remarks. There's no ambiguity about where she stands — why undemocratic Dem dark forces and Times-led establishment media revile her, wanting nothing interfering with dirty business as usual in Washington.

The Times mocked her saying US policies are cruel and destabilizing, an agenda establishment media support, adding:

"The threat from Russia is severely exaggerated, Ms. Gabbard says. Do not beat the drums of war with Iran. Make nice with North Korea…(She) voted against a House resolution condemning (nonexistent Syrian) war crimes."

"Critics have called her actions un-American…an apologist for…Assad." All of the above and much more is part of the Times' campaign to delegitimize a rare US presidential aspirant for peace, equity and justice.

Days earlier, the Times slammed her justifiable establishment media criticism — a national disgrace to be shunned, not followed.

In its latest edition, the Times mocked Gabbard's anti-war agenda, slammed her January 2017 Syria visit and meeting with Assad, falsely calling him a "dictator," and claiming she doesn't "qualify" to participate in so-called Dem "debates" for lack of enough support.

The self-styled newspaper of record disgraces what journalism the way it should be is all about — long ago abandoned in its daily editions.

Note: The Times is my favorite establishment media target because of its global reach.

With attribution to Winston Churchill, its Big Lies spread worldwide before truth-telling can get its pants on.

Hillary surfaced again, falsely accusing Gabbard being "groom(ed) to be (a) third party candidate (as) a Russian asset."

"You, the queen of warmongers, embodiment of corruption, and personification of the rot that has sickened the (Dem) party for so long, have finally come out from behind the curtain," adding:

"From the day I announced my candidacy, there has been a concerted campaign to destroy my reputation."

"We wondered who was behind it and why. Now we know. It was always you, through your proxies and powerful allies in the corporate media and war machine, afraid of the threat I pose."

"It's now clear that this primary is between you and me. Don't cowardly hide behind your proxies. Join the race directly."

With support for establishment favorite Biden fading, will two-time loser Hillary, profoundly unfit for any public office, unaccountable for major war crimes, racketeering, and perjury, come out swinging for another presidential run?

She's the embodiment of the worst of undemocratic Dem debauchery.