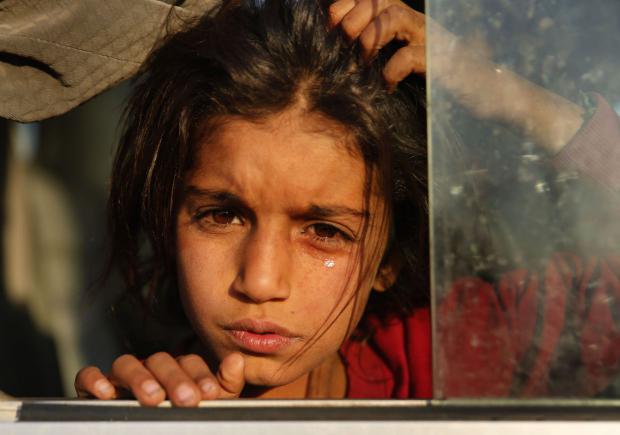 Media Cheerlead US Rape and Occupation of Syria

All US post-WW II wars were and remain flagrant US Charter breaches.

They're the highest of high crimes establishment media back wholeheartedly, opposing restoration of peace and stability to war-torn countries the US wants transformed into vassal states.

US aggression in Syria is in its 9th year with no near-term prospect for restoring peace and stability to the country.

Pentagon troops continue unlawfully occupying northern and southern Syrian territory, including the country's oil fields, pillaging them for profits, denying Damascus and its people their lawful right to their own resources.

Establishment media pretend like none of the above high crimes against peace are happening.

The NYT repeated war secretary Esper's Big Lie, falsely claiming that hundreds of US troops are reoccupying northern Syria, especially its oil producing areas, to protect them against ISIS — the scourge created and supported by the US, what the self-styled newspaper of record suppresses.

Esper compounded his Big Lie with more of the same, falsely saying the Trump regime's "mission in Syria (was) always…about defeating…ISIS. The mission remains unchanged."

Truth is polar opposite, unreported by the Times and other establishment media.

"Oil is secured. Our soldiers have left and are leaving Syria for other places, then COMING HOME! We just did a great thing in Syria where we're getting our troops out. We took over oil."

Translation: US troops in Syria are leaving but staying as unlawful occupiers.

The Times: Syrian "oil fields have been protected by American-backed Kurds along with American forces…"

Fact: Syrian oil fields belong to its ruling authorities and people, not some of them alone, not to the US or any other foreign power involved in plundering them.

WaPo failed to explain that the US pullout would let Damascus regain control of its own resources. Nor did it report that Big Oil and Langley are plundering Syrian oil illegally.

Numbers of illegally redeployed US forces may replace ones withdrawn man for man, leaving the Pentagon force strength in Syria unchanged - Trump's boast about pulling out amounting to no withdrawal at all.

Throughout the war, when the Syrian Arab Army retook areas held by US-supported terrorists, residents welcomed them with tears and cheers of joy — polar opposite the Journal's false claim.

Saying "residents in eastern Syria have taken to the streets repeatedly to call for the US not to" leave is a bald-faced Big Lie. Polar opposite is true.

So is saying "people (are) disappearing" in liberated areas. With Russian help, efforts are being made to rebuild them, long-suffering Syrians in parts of the country beginning to regain control over their lives and welfare shattered by US aggression.

Restoring peace and stability to Syria has a long way to go, US dark forces going all-out to prevent it — what establishment media never explain, supporting the scourge of US aggression instead of denouncing it.