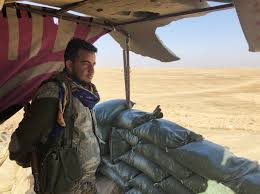 The Real US Mission in Syria

It's all about killing a nation, destroying its sovereignty, partitioning it for easier control, removing its legitimate leadership, installing puppet rule, plundering it, exploiting its people, eliminating an Israeli rival, isolating Iran, and enriching the US military, industrial, security complex from endless aggression.

On Thursday, US war secretary Mark Esper repeated what he said days earlier. Heavily armed Pentagon forces will continue controlling Syrian oil producing areas, on the phony pretext of "deny(ing) their access to ISIS — the scourge created and supported by the US he failed to explain.

During a Thursday joint press conference with his Australian counterpart Linda Reynolds at the Pentagon, Esper said the following:

"Our National Defense Strategy emphasizes that our principal concern is the Indo-Pacific region" — to counter China's sovereign independence, its growing regional and global influence, it economic, financial, military and technological development, he failed to explain, adding:

"I need to redeploy (Pentagon) forces to the area" to increase the US military footprint in a part of the world not its own.

Asked to comment on Trump's remark about wanting to take Syrian oil, Esper said the following:

"Yeah, the – the mission is, as – as I've spoken to, and I've conveyed it to the commander, and that is, we will secure oil fields to deny their access to ISIS and other actors in the region (sic), and to ensure that the SDF has continued access, because those resources are – are important, and so that the SDF can – can do its mission, what it needs to do in the region (sic)."

Asked "(i)s that a new mission, he failed to say it's part of the overall Pentagon objective to transform Syria into a US vassal state, plunder its resources, and achieve the other aims explained above.

On Thursday, Russian Foreign Ministry spokeswoman Maria Zakharova said the US is stealing and smuggling $30 million worth of Syrian oil monthly "under the pretext of fighting ISIL."

"New confirmations of the information about the White Helmets' activities emerge all the time."

"According to the existing information, which the Syrian government regularly provides to the United Nations, the White Helmets, jointly with terrorists, are preparing new chemical provocations in Syria. They obviously aim at disrupting the peace process in the country," adding:

They're working with (US-supported) al-Nusra jihadists in Idlib province, the last major terrorist stronghold in the country — these elements heavily armed with US, other Western, Turkish, and Saudi-supplied weapons.

Syrian forces in "Acre, Tel Rasha and Zuweiqat in Latakia province have been shot at by (US-supported) Hayat Tahrir al-Sham (al-Nusra) and foreign militants."

The assault "reportedly (was) led by" (US/Ankara-supported) al-Nusra jihadists, along with "(o)ther factions of the terrorist group and elements of the Turkish-backed Syrian National Army (SNA)."

"The new attack…coincides with a Turkish offensive on Kurdish-majority areas in northeast Syria. Radical SNA militants are leading the offensive, committing war crimes against civilians in the region."

The struggle to liberate Syria from foreign occupation and plunder has miles to go because of US, NATO, Turkish, Saudi, and Israeli rage to eliminate the Syrian Arab Republic as it now exists.