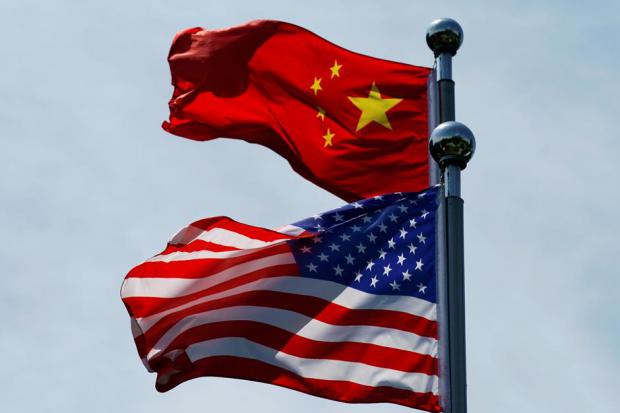 China and US Agree on Phased Tariffs Rollback?

According to US and Chinese media, negotiators of both countries agreed to partially roll back tariffs.

"If the phase-one deal is signed, China and the US should remove the same proportion of tariffs simultaneously based on the content of the deal," adding:

"This is what (both sides) agreed on following careful and constructive negotiations over the past two weeks."

"Economic and trade teams from both sides have been in constant communication. We hope to resolve our issues of core concern in an equal and mutually respectful manner."

According to the Wall Street Journal, "the White House and US trade representative had yet to respond to the Chinese side's announcement" — as of Thursday morning.

Until Washington officially comments on what's going on and details of what's reportedly agreed on are explained, it's unclear precisely what tariffs will be rolled back, when, and under what conditions.

On Friday, the Journal said "there were conflicting reports from within the Trump administration as to whether there was a firm commitment to reduce tariffs," adding:

"One US official concurred that the two sides plan to roll back tariffs as part of an initial trade pact…Others disputed that a formal rollback plan had been agreed on."

The Journal said there are no details as to whether the US would reduce the tariff rate, or remove tariffs entirely."

On Fox News Business, senior Trump regime trade advisor Peter Navarro said: "There is no agreement at this time to remove any of the existing tariffs as a condition of the phase one deal."

According to Gao, it's unclear where or when an agreement will be signed. Positive signals from representatives of both countries unraveled before.

On Thursday, the South China Morning Post reported that a Sino-US deal signing is "missing from (President) Xi Jinping's itinerary" — creating uncertainty about what's agreed on.

Whatever it may be leaves irreconcilable differences between both countries unchanged — with scant prospect ahead of resolving what's been unresolvable.

Beijing has many issues with unacceptable US policies, including Trump regime initiated trade war with tariffs up to 25% on $360 billion worth of Chinese imports its ruling authorities want removed entirely.

The Wall Street Journal cited international studies Professor Shi Yinhong stressing that whatever is agreed on can only work if terms are clear and both sides fulfill their obligations. There's nothing simple about accomplishing it.

The Journal: Shi "expressed skepticism that negotiators had completed terms for a phase-one deal: US deliberations on rolling back existing tariffs, for example, are probably an effort to extract additional concessions from Beijing," adding:

Major bilateral differences are expected to continue unresolved "for decades, whatever the prospects for a near-term agreement."

According to China's central bank advisor Liu Shijin, bilateral "frictions are not just about trade." Many key disagreements "haven't yet" been addressed.

Reportedly there's no timeline for rolling back tariffs, no information on how things will proceed other than rescinding is supposed to happen in phases.

Given longstanding strained bilateral relations, the only certainty ahead is continued friction and uncertainly on how events will play out.