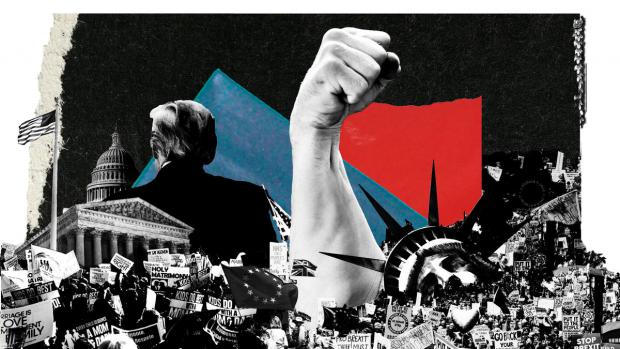 Make no mistake about what's going on — a coup attempt against a sitting president for phony reasons, shamefully supported by most establishment media, making them complicit in the scam.

There's plenty to hold Trump accountable for — not mentioned in what may be multiple articles of impeachment against him, notably:

Endless wars of aggression and by other means against nations on the US target list for regime change — the highest of high crimes gone unpunished.

Supporting ISIS, al-Qaeda, and likeminded terrorists while pretending to combat their scourge.

Hostile actions against unwanted aliens from the wrong countries — because of their race, religion or ethnicity.

Waging war on whistleblowers exposing government wrongdoing and journalists for the "crime" of truth-telling.

Ecocidal support for corporate polluters, including opposition to clean air and water protections Trump and congressional hardliners want rolled back.

Presiding over the greatest ever wealth transfer heist — from ordinary Americans to privileged ones and corporate predators.

Wanting social justice consigned to the dustbin of US history — notably healthcare, a fundamental human right he wants provided on the ability to pay for what's become increasingly unaffordable to tens of millions.

Serial lying more extreme than any of his predecessors, proving beyond a shadow of a doubt that nothing he says can be taken at face value.

There's lots more about a regime he heads that's the most extremist in US history — hostile to the fundamental rights and welfare of ordinary people everywhere.

What's true about him and hardliners surrounding him largely applies to the vast majority in Congress from both right wings of the one-party state.

They support the above-listed abuses of power, Dems ignoring legitimate impeachable offenses they're complicit with.

They and media backing them oppose Trump for winning an election he was supposed to lose — not his pro-war, pro-business, anti-populist agenda they support.

The ongoing anti-Trump impeachment scam with no legitimacy is all about wanting him demeaned, delegitimized, and weakened to make him easier to defeat in November 2020, not removed from office.

Impeachment by House controlled Dems is virtually certain, likely before yearend. The GOP-majority Senate is highly unlikely to go along with the scam.

A two-thirds super-majority is required to remove a sitting president or other US official, a high bar never cleared in the nation's history for a head of state.

The Constitution's Article II, Section 4 states "(t)he President, Vice President and all civil officers of the United States, shall be removed from office on impeachment for, and conviction of, treason, bribery, or other high crimes and misdemeanors."

What Dems intend impeaching Trump for is unrelated to all of the above.

Their unacceptable actions against the rule of law constitute a "high crime" impeachable offense.

They belong in the dock, tried, convicted, and removed from Congress for breaching their oath of office — vowing to "support and defend the Constitution of the United States," the rule of law they consistently, repeatedly and flagrantly spurn, the impeachment scam one of many examples.

Republicans and Dems share guilt on how the nation is ill-governed — ordinary people everywhere exploited and otherwise mistreated so privileged ones exclusively can benefit.

Hypocrisy, not democracy, defines how the US is governed – an increasingly totalitarian plutocracy, oligarchy and kleptocracy — peace, stability, equity and justice abhorred by Washington's ruling class.

Notably the world's richest nation doesn't give a damn about its most disadvantaged, its rage for dominance humanity's greatest threat.

Its contempt for the rule of law heads the nation toward full-blown tyranny — on the phony pretext of protecting national security at a time the nation's only threats are invented ones.

Bipartisan hardliners threaten everyone, dark forces contemptuous of what democracy is supposed to be, a notion they tolerate nowhere, especially not at home.

The anti-Trump impeachment scam is one of the most disturbing political chapters in US history.

Hostility of the country's ruling class to peace and governance of, by, and for everyone equitably should scare everyone most of all.

A nation off the rails, hellbent for dominion over planet earth, its resources and populations, risks destroying what it seeks to own.

That's the greatest impeachable offense for everyone in the US complicit in what's going on.