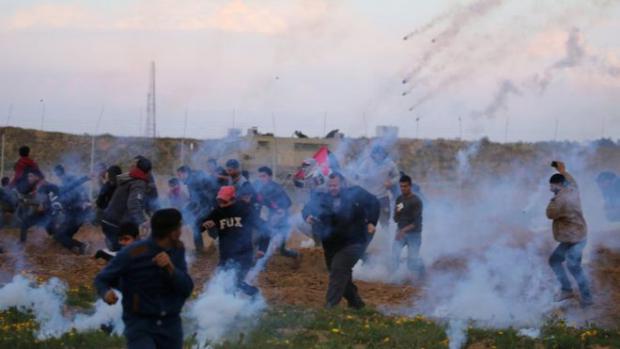 In 2006, the court upheld its targeted assassinations policy, claiming they're OK when no other choices exist to protect against dangers to national security — that don't exist it failed to say.

Israel's 1987 Landau Commission condemned harsh interrogations amounting to torture, but approved the practice to obtain evidence for convictions in criminal proceedings, saying these tactics are necessary against "hostile (threats or acts of) terrorist activity and all expressions of Palestinian nationalism."

Despite calling the 1984 UN Convention against Torture "absolute (with) no exceptions and no balances," Israel's high court OK'd coercive interrogations in three cases.

Loopholes in the high court's 1999 ruling OK'd abusive practices amounting to torture despite banning the practice.

It notably allowed physical force in so-called "ticking bomb" cases, giving Israeli interrogators and others wide latitude on their actions.

The court effectively ruled both ways, approving torture and other abusive practices despite banning it.

International law is clear and unequivocal on this issue, banning it at all times, under all circumstances with no allowed exceptions.

In 2015, Israel's Supreme Court rejected a petition by human rights groups and political movements that called for overturning the Anti-Boycott Law.

At the time, the Global BDS Movement and Coalition for Women for Peace called the bill "one of the most dangerous anti-democratic laws promoted" by Knesset members, adding:

"Boycott is a nonviolent, legal and legitimate means to promote social and political aims that are protected in civil rights of freedom of expression, opinion and assembly. The bill constitutes a fatal blow to all these civil rights."

The police state law punishes entities or individuals that call for boycotting Israel, or an economic, cultural, or academic boycott of its illegal settlements.

According to the Adalah Legal Center for Arab Minority Rights in Israel, Israel's Supreme Court "ignored the chilling effect of this law, and missed the opportunity to tell legislators that there are limits to their anti-human rights actions. This law encourages discrimination against the Arabs in Israel."

The 2012 Nakba Law "harms both the freedom of expression and the civil rights of Arab citizens, even before its implementation."

"Because the law's formulation is so broad and vague, many institutions have already begun and will self-censor in order not to risk incurring penalties."

Israel's high court upheld the law, falsely claiming it "does not raise difficult and complex questions."

It violates Arab history, culture, heritage, and the right to express, teach, or disseminate it freely.

Arab intellectual Constantin Zureiq earlier called the Nakba "the worst catastrophe in the deepest sense of the word, to have befallen the Arabs in their long and disaster-ridden history."

Compromising their ability to publicly denounce what happened compounds the high crime against them.

Speech, press, and academic freedoms in Israel are gravely endangered. In 2017, legislation was enacted that banned foreign nationals who support BDS from entering the country.

HRW appealed the ruling, petitioning Israel's Supreme Court to overturn the injustice. It got an injunction to let Shakir stay in the country until the high court heard his case.

On Tuesday, the court ruled against him, Shakir tweeting:

"Breaking: Israeli Supreme Court upholds my deportation over my rights advocacy. Decision now shifts back to Israeli gov; if it proceeds, I have 20 days to leave…(W)e won't be the last."

Critic of Israeli human rights abuses Amnesty International said "the court has made it explicitly clear that those who dare to speak out about human rights violations by the Israeli authorities will be treated as enemies of the state."

Israel's Supreme Court ruled against free expression. Without it, all other rights are jeopardized.

Compromising speech, press, and academic freedoms is the hallmark of totalitarian rule — the new normal in the US, other Western societies and Israel, affirmed by its high court.

Is is just a matter of time before Western ones rule the same way?

Is digital democracy in the West and Israel endangered?

Are abuses against Chelsea Manning, other whistleblowers, Julian Assange, and other independent journalists prelude for much more severe crackdowns against fundamental freedoms ahead?