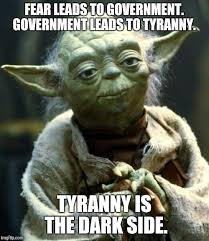 Establishment media never met a bona fide democratic they didn't go all out to demean and discredit, or a US-allied tyrant they didn't support.

She "promised to unify a nation in turmoil" — possible only by respecting Bolivian democracy, the majority will of the people, and the rule of law, restoring Evo Morales to the office he was reelected to on October 20.

What's happening is polar opposite "unify(ing) a nation in turmoil" — caused by the CIA coup e'etat the self-styled newspaper of record ignored.

The Times: "(L)ittle-known senator (Anez) was sworn in on Tuesday" — illegitimately by coup d'etat with no legislative quorum in session as constitutionally required, the broadsheet failed to explain.

The Times: She "told reporters that her only aim was to unite the country and restore it to the path to democracy."

There's nothing democratic about usurping power by coup d'etat, reality on the ground in Bolivia — unexplained by the Times and other establishment media.

A likely US-approved in advance anti-democratic, hard-right cabinet of ministers was announced by Anez nearly straightaway.

The neocon/CIA house organ Washington Post falsely claimed "Bolivians are in the streets to try to defend the democratic institutions that Morales remade over 13 years (sic)."

Post-election, CIA recruited thugs were responsible for days of violence and chaos. Pro-Morales supporters in the streets now oppose the US-installed fascist regime that usurped power, wanting their legitimately elected president returned to the office he won.

Bolivia is a secular nation. Morales replaced religious symbols in the presidential palace with indigenous ceremonies.

Anez reversed things, saying the bible will be in the palace with her. Tweets she posted earlier mocked indigenous culture. Her cabinet has no indigenous members.

At least 40% of Bolivians belong to one of 36 indigenous groups. Morales was the country's first indigenous president, calling Bolivia a "plurinational state," respecting its indigenous citizens, officially recognizing dozens of indigenous languages — taught in public schools.

Legislative seats for indigenous citizens are constitutionally mandated. One coup d'etat regime opponent accused Anez of ruling with a bible in one hand, a gun in the other.

Repression, violence and chaos replaced democratic rule under Morales. It's up to popular rebellion to restore what was lost.