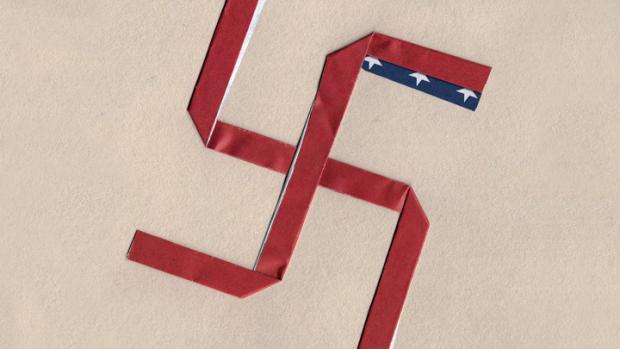 Unleashed by Trump regime hardliners, the CIA transformed Bolivia from freedom to fascism by co-opting military and police officials to go along with the well-planned coup d'etat.

Following Evo Morales' democratic reelection on October 20, Bolivia's military and police did nothing to stop days of violence and chaos by CIA recruited thugs, likely including imported paramilitaries.

After Morales voluntarily stepped down and was granted refuge in Mexico to stop blood in the streets, Bolivian soldiers and police attacked his supporters, protesting against the illegitimate coup d'etat regime, wanting Morales reinstated to the office he democratically won.

According to the Inter-American Commission on Human Rights (IACHR) on Saturday, Bolivian armed forces and police killed at least 23 demonstrators, injured over 700 overs, hundreds more arrested — for demanding democratic freedom over the scourge of fascism they reject.

The IACHR condemned the "excessive use of (brute) force" against defenseless protesters, adding: The "state is under an obligation to ensure the right to life and physical integrity of peaceful protesters."

"Firearms must be excluded from the devices used to control social protests." The US and allied fascist regimes do what they please, operating by their own rules extrajudicially.

On Saturday, the US installed coup d'etat regime in Bolivia granted impunity to the country's military and police by decree, stating:

"The personnel of the armed forces (and national police), who participate in the operations for the restoration of order and public stability, will be exempt from criminal responsibility when, in compliance with their constitutional functions, they act in legitimate defense or state of necessity," adding:

What's gone on in Bolivia since Morales' October 20 reelection is what the scourge of US-supported fascist tyranny is all about.

Trump, hardliners infesting his regime, and the CIA bear full responsibility for the high crime of toppling a democratically elected government.

A DJT statement turned truth on its head, saying: "Morales' departure preserves democracy (sic) and paves the way for the Bolivian people to have their voices heard (sic)."

"I am very concerned about what appears to be a coup in Bolivia…" There's no ambiguity about the CIA's latest foreign intervention to topple a legitimate government, unwilling to sell its soul to the US for the right price.

"There's a word for the president of a country being pushed out by the military. It's called a coup."

Tulsi Gabbard disturbingly equivocated when asked about the toppling of Morales, saying:

"I'm really gathering the facts and the information around this. I don't have the full picture and the full story. There are a lot of different narratives on what led to (Morales stepping down). I need to get the facts first."

Morales' forced resignation was "appalling. I condemn this coup against the Bolivian people and stand with them for democracy, social justice and independence."

Establishment media are complicit in US wars of aggression and by other means, including the toppling of legitimate foreign leaders — by supporting all of the above and other hostile US actions, operating as imperial press agents against peace, equity and justice.

Nearly the entire Congress shares blame, 532 of its 535 members supporting the CIA's coup in Bolivia — overtly or tacitly by a conspiracy of silence.

This Is Not a Time for Insouciance–Democrats Intend a Coup