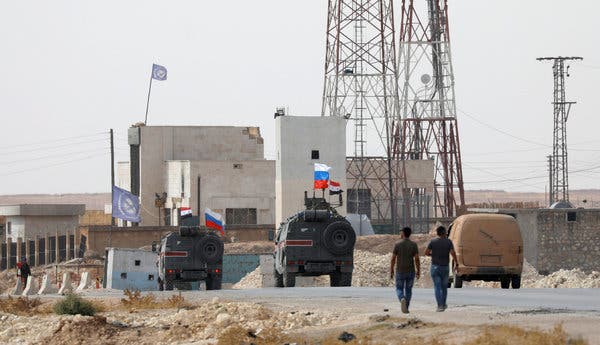 The US and Israel are at war with Syria without formally declaring it, endless conflict in its 9th year with no signs of resolution because hardliners in Washington and Tel Aviv reject it.

Achieving it defeats their imperial aims, both countries supporting ISIS and other jihadists against the Syrian Arab Republic.

On Wednesday, Russia criticized Israeli terror-bombing of Syrian targets — short of taking action to challenge it, a statement by its Foreign Ministry saying:

"On November 12, the Israeli Air Force carried out a missile attack on the house owned by commander of the Palestinian Islamic Jihad group Akram al-Ajouri in…Damascus, which is home to foreign diplomatic missions."

"The attack killed and wounded Syrian civilians and caused significant damage to property and buildings. Al-Ajouri walked away unscathed, but his relatives died in the attack."

"Targets in the Abu Kamal district near the Syrian-Iraqi border were attacked on November 18, with the Israeli aircraft reportedly violating the airspace of Iraq and Jordan."

"There were explosions near the Damascus Airport on November 19. Missiles were fired at targets 18 km south of the Syrian capital, allegedly in response to Syria shelling the Golan Heights" — that didn't happen.

"Israeli (warplanes) fired 40 cruise missiles on the Damascus suburbs on the night of November 20. At least 10 Syrian troops and civilians were killed or wounded."

"These events are causing serious concern and resentment in Moscow. We believe it is absolutely imperative to respect the sovereignty and territorial integrity of Syria and other states in the region."

"So far, Israeli actions have ratcheted up tension and conflict potential of the situation around Syria, and are running counter to the efforts to normalize the situation and achieve stability and a political settlement in Syria."

The above criticism is pointless without challenging Israeli aggression. When remarks like the above are made, they fall on deaf ears in Tel Aviv, achieving nothing, the Netanyahu regime no doubt choosing new targets to strike in Syria, Gaza, or elsewhere at its discretion.

"On Wednesday, powerful explosions rocked the Syrian capital Damascus, with the Israel Defence Forces saying it had struck about 20 targets in the country."

Images released could be from anywhere. Southfront noted that Israel "provided almost no details regarding the impact of its attack," adding:

Images showed civilian buildings struck west and southwest of Damascus. "At least 2 civilians were killed and several others were injured."

Separately, Russian upper House Federation Council Defense and Security Committee member Frants Klintsevich said Moscow will not get involved in differences between Israel and Iran — nor act against the Netanyahu regime's undeclared war on Syria, shown by its failure to challenge it.

Adding "everything needs to be in accordance with international law" belies events on the ground in Syria since March 2011.

"Russia has very good relations with everyone — with Israel, Iran and Syria. But we cannot be a lightning rod for all," he stressed.

Moscow's aim for normal relations with the US, NATO, and Israel ignores their hostile to world peace and stability alliance.

Despite its good faith efforts since 2012 to resolve the conflict in Syria diplomatically, US-led NATO/Israeli rage to replace Bashar al-Assad with pro-Western puppet rule prevents restoration of peace and stability to the country.

He slammed Europe's "blind obedience to the US," accusing its member states of losing the their "identity" and sovereign independence, operating as virtual US colonies, subservient to a higher power in Washington.