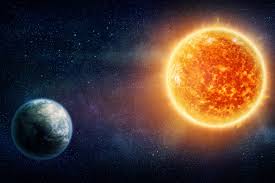 1. Climate Models for the layman." We discuss the history and purpose of climate modeling, their uncertainties, equilibrium climate sensitivity, and what we can or cannot learn from their study.

Climate Models for the layman

Climate scientists open up their black boxes to scrutiny

2. Climate Models for the Layman with Dr. Judith Curry Judith Curry of the Georgia Institute of Technology speaks during a Senate Commerce subcommittee hearing on "Data or Dogma" in 2015. Photo by Ken Cendeno, courtesy of Greenpeace.

Judith Curry, one of climate science's most vocal critics, is leaving academe because of what she calls the poisonous nature of the scientific discussion around human-caused global warming.

Curry, 63, is retiring from her tenured position as a professor at the School of Earth and Atmospheric Sciences at the Georgia Institute of Technology. She's instead going to focus on growing her private business, Climate Forecast Applications Network, which provides insights into climate and weather risks for agriculture and energy companies.

The climatologist, who distinguished herself in the field decades ago with research into the Arctic and the causes of the climate feedback that have shaped the region, writes a blog called Climate Etc. It is by turns academic and inflammatory.

There she occasionally mocks what she calls "climate alarmists" who say time is almost out unless humanity weans itself off fossil fuels. In her blog and on Twitter, she has also criticized some of the scientists, including Pennsylvania State University climatologist Michael Mann and Harvard University climate historian Naomi Oreskes, who have become leading voices for climate action. She has testified in front of Congress, boosted by politicians who use her work to argue that environmental regulations and a scaling down of fossil fuel use will be ineffective. Her work is frequently invoked by climate skeptics and denialists. Congressional Democrats, displeased with her conclusions, have investigated the source of her funding.

Curry actually believes, along with the vast majority of climate scientists, that humans are warming the planet, and was even an outspoken advocate of the issue during the George W. Bush years. She was among the first to connect global warming to hurricanes, for example, publishing an influential study in Science in 2006. But where she breaks with the majority opinion is over just how much humans are actually causing global temperatures to rise.

Where many scientists say that humans are the primary cause of warming, Curry believes natural forces play a larger role. She also believes that uncertainty around climate models means we don't have to act so quickly and that current plans would do little to mitigate warming. She also questions the assertion made by a majority of climate scientists who believe humans have significantly contributed to climate change. In the Obama years, she has become a contrarian of sorts, often criticizing those who rely on climate models to prove that humans are warming the planet at an unprecedented rate.

In announcing her retirement, Curry wrote about what she called her "growing disenchantment with universities, the academic field of climate science and scientists." She said a deciding factor for leaving the ivory tower was that "I no longer know what to say to students and postdocs regarding how to navigate the CRAZINESS in the field of climate science," adding that research and funding for it are highly politicized.

In an interview with E&E News, Curry said she would like to see a greater focus on the uncertainties of climate science and a better exploration of them through scientific debate free of politics.

"Once you understand the scientific uncertainties, the present policy path that we're on doesn't make a lot of sense," she said. "We need to open up policy dialogue to a bigger solution space. So I'm just looking to open up the dialogue and to provoke people into thinking."

Curry, in general, believes that the policies undertaken by the Obama administration won't do much to reduce global warming levels. That has made her the target of scientists who accuse her of aiding the climate denialists who oppose the environmental regulations of the last eight years and are eager to dismantle them under President-elect Donald Trump. Curry is not convinced that Trump will damage the climate science field, which she said has gone in the wrong direction under Obama.