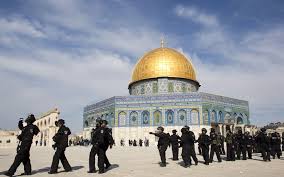 Like the US and other Western societies, democracy in Israel is pure fantasy, the notion abhorred by its ruling authorities.

Ordinary Jews are exploited to benefit privileged ones. Separate and unequal is official policy.

Arab citizens are considered 5th column threats, Arab Knesset members treated like potted plants, Occupied Palestinians reviled as enemies of the state, Gazans harmed most of all — suffocating under a politicized medieval siege.

Speech, press, and academic freedoms in Israel are gravely endangered.

The 2012 Nakba Law violates Arab history, culture, heritage, and the right to express, teach, or disseminate it freely. It compromises the ability of Palestinians to publicly denounce Israeli high crimes against them.

The measure "enables the filing of civil lawsuits against anyone who calls for boycott."

"It creates a new 'civil wrong' or tort. It also prohibits a person who calls for boycott from participating in any public tender."

It "severely restricts freedom of expression and targets non-violent political opposition to the (illegal) Occupation."

It also bans entry into Israel of foreign nationals who support the movement, or their deportation if in the country.

HRW appealed the ruling, petitioning Israel's Supreme Court to overturn the injustice. It got an injunction to let Shakir stay in the country until the high court heard his case.

On November 5, the court ruled against him, approving his deportation. In response, 23 Israeli civil society group denounced the decision, the Hamoked Center for the Defense of the Individual, saying:

Israel's "Supreme Court not only approved the deportation of Omar Shakir, but severely harmed us all Israeli and Palestinian human rights activists who oppose the occupation," adding:

"The Supreme Court continues to legitimize the Israeli government's policy to silence criticism of its human rights violations in the (Occupied Territories)."

"Israel is trying to hide the occupation from view, but we will continue, together with Omar Shakir, to support peace activists and human rights activists who strive to expose the injustices of the occupation and bring it to an end."

Shakir earlier was a Bertha Fellow at the New York-based Center for Constitutional Rights, the group focusing on issues relating to civil liberties, human rights, and activism.

He was involved in providing legal representation for Guantanamo political prisoners, the vast majority there uncharged, untried, and guilty of nothing.

He was given 20 days to leave Israel. Deported on Monday, he said: "I'll be back when the day comes that we have succeeded in dismantling the system of discrimination impacting Israelis and Palestinians" — separately tweeting:

"At Ben Gurion airport for my deportation flanked by leading Israeli rights groups."

"It has been an honor of a lifetime working with you & our Palestinian partners who couldn't be there due to discriminatory Israeli restrictions. We wont stop. You can't hide rights abuse #WhoIsNext"

"That requires important, urgent work, and it's unfortunate that I won't be able to do it on the ground, but we won't stop doing it."

"It is an alarming wake-up call to all those who seek peace and justice for both sides that Israel will resort to extreme measures to hide the truth."

The global boycott, divestment, and sanctions (BDS) movement  is the single most effective campaign against Israeli apartheid ruthlessness.

It's why dark forces in the US, other Western nations, and the Jewish state want the movement undermined and eliminated, even criminalized.

There's nothing anti-Semitic about anti-Zionism, anti-Israel, or promoting boycotts, divestments and sanctions of the Jewish state.

Peaceful advocacy of any views is what speech, press, and academic freedoms are all about.

The movement was inspired by South African anti-apartheid activism, the US civil rights campaign under Martin Luther King, Malcolm X and others, along with India's movement for independence from UK colonial rule.

Israel wants its high crimes suppressed, anyone exposing them punished.

BDS, other grassroots activism, and speech, media, and academic freedoms are the most effective ways to counter its colonization, occupation, apartheid, and other high crimes against peace.