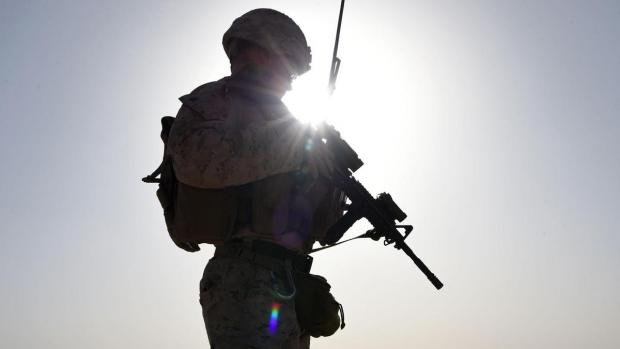 Candidate Trump railed against trillions of dollars wasted on foreign wars at the expense of homeland needs.

We spent "$6 trillion in the Middle East we could have rebuilt our country twice…We don't have the money because it's been squandered."

Separately he said: "I will never send our finest into battle unless necessary, and I mean absolutely necessary, and will only do so if we have a plan for victory with a capital V. The world must know that we do not go abroad in search of enemies."

As president, he surrounded himself with warmongering hardliners, escalated wars he inherited, and vowed to greatly increase military spending.

His agenda prioritizes militarism and belligerence. World peace and stability were rejected.

Instead of withdrawing US troops from active war theaters, they remain, conflict resolution abroad  spurned.

According to the Wall Street Journal, citing unnamed US officials, he's considering the deployment of "14,000 more troops…dozens more ships, and other military hardware to counter" nonbelligerent Iran threatening no one.

A decision will likely be made before yearend. A CNN fake news report accused Tehran of building up a ballistic missile presence in Iraq, falsely claiming they "could now be moved into areas where they could be fired at US troops by Iranian-backed militias."

Throughout its history, the Islamic Republic never attacked another country, threatening none now except in self-defense if attacked, its lawful right under international law.

USCENTCOM head General Kenneth McKenzie lied, claiming "it's possible (Iran) will do something that is irresponsible (sic). It's possible that they'll lash out at their neighbors (sic)."

The Military Times reported that thousands more US combat troops to the Middle East would double the number already announced to be heading to the region, adding:

Expressing concern about more US troops to the region, GOP Senator Josh Hawley tweeted: "Is the Pentagon preparing for a land war?"

On Thursday, the Pentagon denied reports of thousands more US troops to the Middle East, press secretary Alyssa Farah tweeting:

"(T)he reporting is wrong. The US is not considering sending 14,000 additional troops to the Middle East."

The Pentagon already has up to 80,000 air, sea and ground forces in the region.

"Latest E3 (Britain, France and Germany) letter to UNSG on missiles is a desperate falsehood to cover up their miserable incompetence in fulfilling bare minimum of their own #JCPOA obligations."

"If E3 want a modicum of global credibility, they can begin by exerting sovereignty rather than bowing to US bullying."

On Monday, he tweeted: "@SecPompeo once again admits that US #Economic Terrorism on Iran is designed to starve, and in the case of medical supplies, kill our innocent citizens."

Earlier to the E3 and EU, he tweeted: "To my EU/E3 Colleagues

Just show ONE that you've upheld in the last 18 months"

Throughout the post-WW II era, European and other countries sold the sovereignty and souls to a higher power in Washington, operating as virtual US colonies — taking orders, saluting and obeying, even when harming their own self-interest.

Phony claims about an Iranian nuclear weapons program and missiles able to deliver them were made and debunked time and again.

At the same time, Israel's arsenal of nuclear, chemical, biological, and other banned weapons is ignored.

So are US/NATO/Israeli high crimes of war and against humanity, accountability never forthcoming.