> Agreement on Ceasefire in Ukraine: Real or Illusion? - Freedoms Phoenix 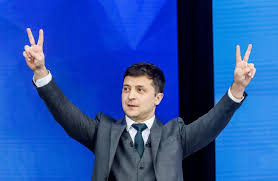 Agreement on Ceasefire in Ukraine: Real or Illusion?

On Monday, so-called Normandy Four leaders Putin, Merkel, Macron, and Ukraine's Zelensky met in Paris to discuss a ceasefire in Donbass, a prisoner exchange, and related issues after five-and-a-half years of US-orchestrated war.

US military aid to Kiev is unrelated to national security. It's all about waging endless war in Donbass, along with maintaining instability along Ukraine's long border with Russia.

It's for using Ukraine as a dagger threatening Russia's heartland. It's for maintaining fascist Kiev rule, along with endless war and instability in central Europe.

Zelensky is a weak political neophyte leader. Ukraine is a US vassal state, the country infested with fascist hardliners.

They and policymakers in Washington want Crimea and Donbass reintegrated into Ukraine, what clearly won't happen.

"Plan A is to resolve the conflict through diplomacy in order to move towards peace while defending national interests," adding:

"There can in principle be no compromise in rejecting territorial integrity, sovereignty. Crimea and Donbass they are Ukrainian territories, and Ukrainians live there."

"We hope (the Normandy Four) meeting…will be able to continue work and move towards a peaceful and sustainable resolution of the Ukrainian conflict. This is one of the most important priorities we have to address in the EU."

Almost five years ago, Quartet members agreed on implementing Minsk ceasefire and reconciliation provisions — conflict resolution yet to be achieved because bipartisan US hardliners reject it.

Given this reality, is peace in Donbass possible — regardless of positive-sounding remarks by leaders involved in Monday Paris talks?

Will agreement on ceasefire by yearend and a prisoner exchange hold? Or will US pressure force Kiev to continue endless conflict?

Was Macron overly optimistic, saying: "A big progress has really been achieved today. There was the first meeting of President Putin and President  Zelensky," adding:

"And I would like to thank (Ukraine's president) for this real determination and courage that he showed in settling the conflict in his country."

Merkel said "(i)t is very important to ensure an immediate ceasefire, maintain (it and) implement the political points of the protocol."

Zelensky "insisted on…control over" Ukraine's borders, and that "elections in (what he called) the disputed territories be held in accordance with Ukrainian law and in compliance with OSCE standards and Copenhagen criteria."

Saying he's uncertain about how to enforce ceasefire in Donbass shows his limited power.

He won't meet with Donetsk and Lugansk Donbass leaders, he stressed, calling their governments "unlawful…in the temporarily occupied territory."

There was agreement on "an exchange of held persons that's already been done."

"We have achieved a disengagement of forces at three locations, that's done."

"Now we have met in the Normandy format and discussed a very important spectrum of issues and have reached progress on many of them."

"This has been achieved and all this gives us grounds to assume that the process is developing in the right direction."

He stressed that conflict resolution depends on "direct dialogue" between both sides. They need to meet and agree with each other.

All conflicts are resolved this way, this one no different. As long as Zelensky yields to US and internal pressure not to engage with Donbass leaders and insists on other unacceptable demands, conflict resolution will be more illusion than reality.

On Monday in Kiev's Maidan square, scene of the Obama regime's staged violence in late 2013/early 2014, culminating in the mid-February coup, installing fascist tyranny in Ukraine, thousands rallied against compromise with Moscow and Donbass.

One speaker warned Zelensky to maintain current policy toward the LDNR (Donetsk and Lugansk republics) and Crimea, saying otherwise "(y)our flight will be not from Paris to Kiev, but from Paris to Rostov(-on-Don, Russia in exile) — if not "tomorrow then…a bit later."

The above threat and heavy pressure from Washington shows what Zelensky up against.

If he goes his own way and does the right things in pursuit of conflict resolution with staying power, he could be toppled and replaced with hardline fascist rule.

A Divided Ukraine - The Story the West Doesn't Want to Hear