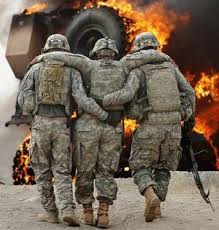 "The Afghanistan Papers — A secret history of the war. At War With the Truth," saying:

"US officials constantly said they were making progress. They were not, and they knew it." More on this below.

In its 19th year, endless unwinnable US war in Afghanistan is all about wanting the country used as a land-based aircraft carrier against Russia, China and Iran.

It's about control sought over Eurasia, what Zbigniew Brzezinski once called the "center of world power extending from Germany and Poland in the East through Russia and China to the Pacific and including the Middle East and Indian subcontinent."

It's about drugs trafficking. Afghanistan is the world's largest opium producer, used to produce heroin and other illicit opioids.

These drugs produce hundreds of billions of dollars in annual revenues – a US government-supported bonanza for corrupt regime officials, the CIA, organized crime and Western financial institutions, heavily involved in money laundering.

Planned long before 9/11, US war in Afghanistan was lost years ago. In 2012, US Lt. Col. Daniel Davis spent weeks in the country.

His unclassified report, no longer available online, said the following:

"How many more men must die in support of a mission that is not succeeding."

"Senior ranking US military leaders have so distorted the truth when communicating with the US Congress and American people in regards to conditions on the ground in Afghanistan that the truth has become unrecognizable."

"This deception has damaged America's credibility among both our allies and enemies, severely limiting our ability to reach a political solution to the war in Afghanistan."

"If the public had access to these classified reports, they would see the dramatic gulf between what is often said in public by our senior leaders and what is actually true behind the scenes."

"It would be illegal for me to discuss, use, or cite classified material in an open venue, and thus I will not do so."

He collected firsthand information from US commanders, subordinates, and low-ranking soldiers.

He spoke at length with Afghan security officials, civilians and village elders. What he learned bore no resemblance to official rosy scenario accounts.

Insurgent forces control "virtually every piece of land beyond eyeshot of a US or International Security Assistance Force (ISAF) base," he said.

Everywhere he visited, "the tactical situation was bad to abysmal."

Afghanistan's government can't "provide for the basic needs of the people." At times, local security forces collude with insurgents.

He "witnessed the absence of success on virtually every level." Yet endless war continues to this day, despite US/Taliban no-peace/peace talks.

The US doesn't negotiate. It demands all nations and groups like the Taliban bend to its will, how hegemons operate — part of its imperial aim for unchallenged global dominance.

Col. Davis and WaPo exposed the illusion of a military solution in Afghanistan.

Yet from Bush/Cheney to Obama to Trump, pretending otherwise shut out reality — willfully deceiving the public, permitting trillions of dollars to be poured down a black hole of endless waste, fraud and abuse.

Extensive firsthand evidence collected by WaPo "bring(s) into sharp relief the core failings of the war that persist to this day," it said.

It belies years of Big Lies by US officials that progress on the ground was being made. Polar opposite is true.

WaPo: "A confidential trove of government documents obtained by The Washington Post reveals that senior US officials failed to tell the truth about the war in Afghanistan throughout the 18-year campaign, making rosy pronouncements they knew to be false and hiding unmistakable evidence the war (was) unwinnable."

Material collected includes "more than 2,000 pages of previously unpublished notes of interviews with people who played a direct role in the war, from generals and diplomats to aid workers and Afghan officials."

WaPo got information it revealed from a Freedom of Information Act "three-year legal battle" it won.

It contains interviews with "more than 400 insiders (that) offered unrestrained criticism of what went wrong in Afghanistan and how the United States became mired in nearly two decades of warfare."

Lt. General Douglas Lute was quoted, saying: "We were devoid of a fundamental understanding of Afghanistan. We didn't know what we were doing," adding:

"What are we trying to do here? We didn't have the foggiest notion of what we were undertaking."

The American people know nothing about "the magnitude of this dysfunction. Who will say this war was in vain?

WaPo: "Since 2001, more than 775,000 US troops have deployed to Afghanistan, many repeatedly. Of those, 2,300 died there and 20,589 were wounded in action," citing war department figures, likely way understated.

How much longer will state-sponsored deception continue about the Afghan war?

How many more lives will be lost — notably Afghan civilians in harm's way?

How much longer will endless unwinnable war continue?

How much more will be spent on "the grand illusion of the American cause" — what the CIA long ago called US defeat in Southeast Asia?