> Phase One Sino/US Trade Deal: The Devil in the Details and - Freedoms Phoenix 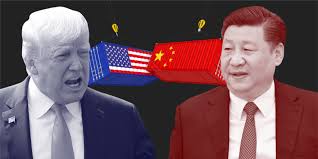 Phase One Sino/US Trade Deal: The Devil in the Unannounced Details and Implementation

According to China's official People's Daily broadsheet, Beijing and Washington "agreed on the text of a phase one economic and trade agreement based on the principle of equality and mutual respect," adding:

The above remarks omit details of what was agreed on, likely to remain unpublished in full.

The US pledged to eliminate duties on Chinese imports "phase by phase, (its) tariffs undergo(ing) a change from going up to going down."

Beijing's Vice Minister of Finance Liao Min said eliminating US tariffs on Chinese products is the "core concern" of its government.

The US and China "agree(d) on a phase one trade deal that requires structural reforms and other changes to China's economic and trade regime in the areas of intellectual property, technology transfer, agriculture, financial services, and currency and foreign exchange," adding:

China "commit(s) (to) make substantial additional purchases of US goods and services in the coming years" — no amounts in dollars or quantity mentioned.

New 15% US tariffs on another $156 billion worth of Chinese imports scheduled for December 15 are suspended. Trump tweeted:

"We will begin negotiations on the phase two deal immediately, rather than waiting until after the 2020 election."

Barron's claimed unexplained phase one "details weren't as important as what the agreement stopped from happening."

Perhaps it's so for the short-term, the devil in them and what follows in further talks key to the US and Chinese economies and how markets will react in the weeks and months ahead.

What's agreed on in principle are "merely promises," fulfillment another matter entirely, notably by the US side, viewing China as a threat to its hegemonic aims.

"The trade war has taught the US a lesson. They finally realize that engaging in a prolonged trade war will bring no good, and that ending it as soon as possible is their best option."

"It just pushes the difficulties into the future. And the future could be very quick to materialize because Trump is a very volatile person."

China knows the US side can change things any time for any reason because of uneasy bilateral relations.

A phase one signing date hasn't been announced, nor where it will  take place and who'll represent both countries.

Chinese purchases of US products are likely to depend on internal needs, its contractural import arrangements with other countries, whether the Trump regime fulfills its obligations, and its other policies toward Beijing.

Clearly, bilateral relations are greatly strained, trade one of many areas of disagreement, including Sino/Russian unity, the US considers a strategic threat.

It represent a vital counterforce against US rage for unchallenged global dominance by whatever it takes to achieve its objectives.

It's why unthinkable nuclear war is ominously possible, Sino/US trade relations a minor issue by comparison.

Sino/US Phase One Trade Deal: Much Ado About Little?

Trump and China to Sign Trade War Ceasefire on Wednesday