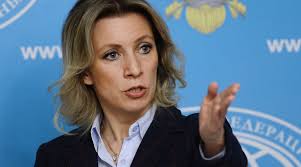 The US, NATO, Turkey, Israel, and the Saudis comprise the main enemies of restoration of peace and stability to the country.

MZ: "The situation in Idlib remains difficult. Terrorists continue to shell nearby areas, endangering the civilians inside and outside the de-escalation zone."

"Every day, we record about 40 attacks," using heavy and other weapons supplied by the West and regional countries.

Separately, Russian Reconciliation Center in Syria head General Yury Borenkov said  he "received information that (US-supported al-Nusra) terrorists, together with members of the White Helmets pseudo-humanitarian organization, plan to stage the use of poisonous substances and destruction of civilian infrastructure facilities in settlements in the southern part of the Idlib de-escalation zone."

Turkey increased its force strength in Syria, supporting terrorists, not combatting them.

Southfront reported that hundreds of Jaysh al-Izza jihadists joined up with Turkish forces for regime change in Syria. Endless conflict rages in the country.

Commenting on continuing protests in Iraq since early October, MZ stressed that they're driven by socioeconomic injustice.

Clashes left around 400 dead, over 15,000 injured, efforts to stabilize things by Iraqi authorities unable to calm social and political tensions.

On December 1, Prime Minister Adil Abdul-Mahdi announced his resignation, the country's president "engaged in proactive consultations with the main parliamentary groups to agree on a new cabinet head," MZ reported.

Iraqi suffering has been ongoing without letup since the US orchestrated war with Iran in the 1980s, greatly exacerbated by two US wars of aggression and occupation, no end of their misery in prospect.

The struggle to preserve and protect the Western hemisphere's model social democracy in Venezuela continues despite all-out Trump regime efforts to control the country short of war so far.

On Saturday at the 17th Bolivarian Alliance for the Peoples of America summit, President Nicolas Maduro said "(a)t such a complex time for Latin America and the Caribbean, this ALBA summit brings a message of hope," adding:

The alliance is a vital "wave of anti-neoliberal changes, which will allow us to face the 'great struggle' for the future path of Latin America."

ALBA's progressive agenda follows principles of complementarity, not competition; solidarity, not domination; cooperation, not exploitation; and respect for each participating nation's sovereignty to be free from imperial and Western corporate predator control.

MZ stressed that the US "has no intention of giving up on its policy to remove the legitimate government of Venezuela from power."

Its war by other means on the country and its people rages.

"It is obvious that the unilateral restrictions imposed by the White House have not brought the anti-government forces any closer to power, while seriously worsening the economic and humanitarian situation in the country," MZ explained.

She reported updated information on political prisoner Julian Assange, noting his deteriorating health since imprisoned in London last April for the "high crime" of truth-telling journalism.

"Human rights activists regularly cite facts that show that being severely ill, partly due to the conditions of incarceration which was provoked with political resources, Julian Assange has no access to medical aid, he is not given proper nutrition and is constantly subjected to cruel psychological torture," she explained.

In cahoots with the Trump regime, Britain is killing him slowly.

On Friday by videolink for a Westminister Magistrates Court proceeding, he appeared in worse shape health-wise than weeks earlier.

Bridges for Freedom's Naomi Colvin said he was "visibly depressed," his shoulders "slumped."

MZ: His appalling mistreatment "is clearly a violation of the applicable laws, regulations and standards that govern and guarantee freedom of the media and journalist safety by the Western world" — further proof that the US and Britain are police states, trashing the rule of law.

"(T)he question is how far (are their ruling regimes willing) to go in their desire to not just take revenge on (Assange) but in fact to do away with him."

"And all this for the mere fact that he was professionally pursuing his job as a journalist."

Their message is that journalists and others involved in revealing hard truths about US imperial high crimes risk similar slow-motion crucifixion Assange is enduring.

His extrajudicial mistreatment by Britain in cahoots with the Trump regime is how all fascist police states operate.