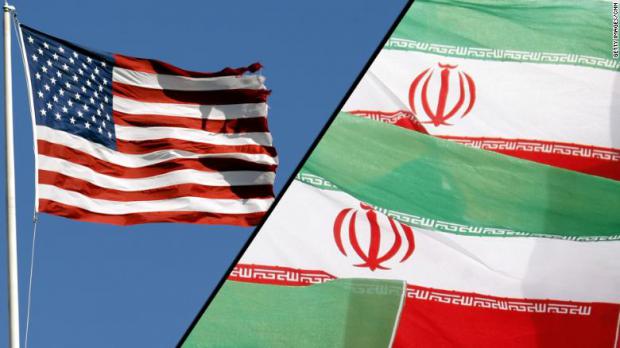 It's also about seeking control over Iran's vast hydrocarbon resources and wanting Israel's main regional rival eliminated, Jewish state extremists pushing the US to act on their behalf.

Last week, the NYT turned truth on its head claiming "Iran is secretly (building up) a hidden arsenal of short-range missiles…in Iraq…to intimidate the Middle East and assert its power" — citing unnamed Pentagon and US intelligence community sources.

Instead of debunking their Big Lies, the self-styled newspaper of record featured them — while falsely blaming Iran for earlier regional (false flag) attacks on oil tankers and facilities the Islamic Republic had nothing to do with, not a shred of credible evidence proving otherwise.

The Times: "Tehran is engaged in a shadow war (sic), striking at countries in the Middle East but thinly disguising the origin of those attacks to reduce the chance of provoking a response or escalating the fight (sic)."

The above claim is one of countless examples of NYT fake news, operating as a Pentagon, US intelligence community press agent.

Iran hasn't attacked another country in centuries, threatening none now — while prepared to act in self-defense against potential aggression.

Claims by US officials, the Times and other establishment media about an Iranian regional threat are bald-faced Big Lies.

It's the same false claim he's been making for time immemorial — while ignoring nuclear armed and dangerous Israel, an existential menace second only to Washington's regional presence.

"As long as (its) malign behavior continues (sic), so will our campaign of maximum pressure (code language for economic terrorism against the nation and population), Pompeo adding:

"These sanctions are aimed…at the leadership of the Islamic Republic of Iran that is engaged in activity that poses threats around the world (sic)."

"We will continue to build out this effort to seek to convince the Iranian leadership to conform their actions to be a normal nation (sic)."

Fact: Iran threatens no other nations. It's the region's leading proponent of peace, stability, and cooperative relations with the world community.

Fact: The US, NATO, Israel, and their imperial allies threaten humanity.

Fact: Pompeo's notion of Iran acting "normal(ly)" is unconditional surrender to US demands.

Separately he warned that "any attacks by (Iran) or its proxies (sic) that harm Americans, our allies, or our interests will be answered with a decisive US response."

Pompeo falsely blamed nonexistent Iranian "proxies" for attacks on "bases where Iraqi security forces are co-located with US and (other allied) personnel."

No evidence links Iran to what happened or other hostile regional actions. Plenty of evidence blames the US, Israel, and terrorist foot soldiers they support for endless regional violence.

Earlier belligerent regional incidents were likely CIA/Mossad staged false flags, wrongfully blamed on Iran — stunts they orchestrated time and again in the past to wrongfully blame on adversaries.

Last week, US war secretary Mark Esper threatened Iran, saying its ruling authorities "should not mistake the United States' restraint (sic) for an unwillingness to respond with decisive military force should our forces or interests be attacked."

Restraint, peace, equity, justice, and mutual cooperation with other nations are absent from the US vocabulary.

Its imperial agenda is all about seeking dominion over planet earth, its resources and populations by brute force and other hostile means.

Last Wednesday, the UN said it found no evidence linking Iran to mid-September attacks on Saudi oil facilities — carried out by Yemeni Houthis.

Iran denied involvement at the time. No evidence suggests its military conducted any regional attacks — what the US, NATO, Israel, Turkey, and the Saudis do repeatedly.

False US accusations and regional incidents wrongfully blamed on Tehran are all about maintaining the fiction of an Iranian regional threat that doesn't exist.