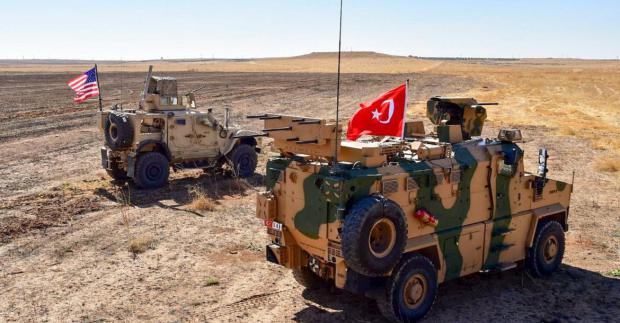 Untenable US Presence in Syria

Illegal US occupation of Syrian territory will end one day, President Bashar al-Assad stressed during a weekend interview with China's Phoenix Television.

Covering a range of related issues, his remarks were straightforward and candid like always, polar opposite double-talking Western and Israeli politicians never to be trusted.

Reconstruction is ongoing in liberated areas, he explained, rebuilding infrastructure prioritized, along with "schools, health centers and hospitals."

Russia, China, Iran, and other countries are involved in helping Syria rebuild. The nation needs large-scale investments. Security is important to reassure them, said Assad.

"(W)e are focusing on two things," he explained: "the urgent, which is improving this investment environment by addressing necessary measures, like transparency, clarity on investors' rights and obligations in the country and the legal or judicial aspects of their investments."

"With all these issues, we are currently drawing up clear guidelines for investors."

"The more important and comprehensive step is the investment law."

"We have achieved significant progress in developing our investment law in-line with similar laws in many other countries around the world, thus ensuring it is based on international investment standards."

"We are now in the final stages of this law and it will be passed soon."

China's growing influence worldwide isn't "the negative (kind) we have become accustomed to." Syria is eager to be part of China's initiative.

"When we are part of (it ahead, not currently), China treats us as equals and not as a superpower dealing with a small country. There are mutual interests. It is beneficial to China, Syria and all the countries" involved.

Syria is "ready security-wise" to be involved. Earlier it wasn't practical, focus entirely on liberating the country from US-supported terrorists.

"The rulers of America are the money lobbies, whether in the form of oil, weapons, banks, or others. These lobbies control all parts of American politics," Assad stressed, US politicians beholden to them, including presidents and the courts.

Assad cited the latest example of a US president yielding to dark forces running the country, saying:

After Trump said he's withdrawing US forces from Syria, he backtracked. Occupation continues.

"It…confirms that (the US) is not governed by principles (or the rule of law), but rather by" powerful interests in charge.

Thousands of Americans operate illegally in Syria. "The American regime relies significantly in its wars on private firms like Blackwater in Iraq and others."

"So even if they had a few hundred American soldiers in Syria, they still also have thousands, maybe tens of thousands, of civilians working for such companies and fighting in Syria."

"That's why it is difficult to know the real number, but it is certainly in the thousands."

"Before the Americans, in the early days, Jabhat al-Nusra used these wells."

"After ISIS came and drove out al-Nusra, or rather when ISIS merged with al-Nusra and they all became ISIS, it also stole and sold oil. Where? It used to sell it through Turkey."

"Now America is the one stealing oil and selling it to Turkey."

The Erdogan regime "is an accomplice with all these groups in (stealing and) selling (Syrian) oil."

"It doesn't have a problem…The (Erdogan) regime plays a direct part in selling the oil, previously with al-Nusra, later with ISIS, and today with the Americans."

Syria retains control over a limited amount of its oil, the US controlling most producing areas, Assad adding:

"(T)he Americans rely on terrorists" to serve its interests. What can't go on forever, won't.

"(T)here will be a popular resistance (against the US occupation), and they will pay the price. Ultimately, the Americans will leave."

Wherever there's chaos, there's a US presence, he stressed.

"Whereas Russia, China and most other countries believe that stability and international law are in the best interest of the world and its states, big or small."