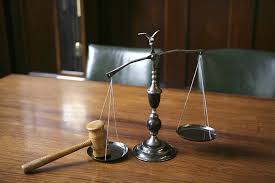 Chelsea Manning was subjected to judicial lynching earlier and currently, her constitutional and US statute law rights flagrantly violated.

She's imprisoned indefinitely for invoking her constitutional right to remain silent, refusing to be part of planned judicial lynching of Julian Assange for the "crime" of truth-telling journalism the way it's supposed to be.

According to the Vienna Convention on Diplomatic Relations, the premises of embassies, consulates, and other diplomatic facilities are inviolable territory — no one permitted inside without head of mission permission.

The illegal Trump regime seizure of Venezuela's DC embassy and their arrests were unprecedented acts of US diplomatic piracy.

"The individuals were arrested on a criminal complaint charging them with a violation of 18 USC § 118, Interference with Protective Functions of the Department of State (sic), for knowingly and willingly obstructing, resisting, or interfering with a federal law enforcement agent engaged, within the United States (sic)…"

They face possible imprisonment for up to one year and a $100,000 fine each — for lawfully defending the diplomatic property of the Bolivarian Republic, living in the embassy at great personal risk from April 10 until unlawfully arrested on May 16.

President Nicolas Maduro and other senior Venezuelan officials thanked them for their courage to support right over imperial might. They'll be tried for doing the right thing on Feb. 11, judicial lynching procedures planned.

After their illegal arrest, they were released on bond on condition they stay at least 100 away from the Venezuelan diplomatic facility.

They're required to report weekly to court and are prohibited from traveling abroad with official permission.

According to DefendEmbassyProtectors.org, federal judge Beryl Howell denied them the right to challenge the illegality of Trump regime actions against Venezuela — the core issue driving their activism in support of the country's sovereign rights.

US high crimes include a coup attempt to topple its legitimate government, recognition of designated puppet/usurper in waiting Guaido as an unconstitutional/self-declared president, economic terrorism on the Bolivarian Republic and its people, as well as other hostile actions, breaching international law.

All of the above are illegally considered inadmissible in judicial proceedings, falsely claiming this key evidence is unrelated to charges against the four activists, polar opposite reality.

What's coming in February is another judicial lynching, due process and judicial fairness ruled out pre-trial.

DefendEmbassyProtectors (DEP) said Howell called the activists a " 'gang' and stated the facts supported their guilt," revealing an absence of objectivity, assuring pre-trial conviction, showing contempt for the rule of international, constitutional, and US statute law.

Police state injustice awaits the DEP activists. Doing the right thing is excluded from their defense.

So is the right of pre-trial discovery. Here's what I explained before:

Pre-trial judicial proceedings afford all parties the right to as much information as possible – nothing kept secret except for constitutional protection from self-incrimination.

Defendants and their lawyers have the right to all relevant documents, witness depositions, questions and answers from interrogations, crime scene and other forensic evidence including toxicology results, police reports, "raw evidence," arrest and search warrants, grand jury testimony, and other relevant data — what's essential for a proper defense.

The purpose of what's called "discovery" is to assure judicial fairness.

Prosecutors are prohibited from withholding relevant evidence and related materials from the defendant and counsel.

Due process and equal justice under law don't apply when US ruling authorities want their way enforced.

Inside the DC embassy before forcefully removed and arrested, Trump regime hardliners blocked food and medicine from reaching DEP activists.

Electricity and water were cut off. In cahoots with the State Department and Secret Service, rent-a-thugs defaced the embassy —  all of the above and reality on the ground in Venezuela ruled out as admissible evidence.

US economic terrorism on Venezuela constitutes a high crime against humanity.

So is denying embassy protecters due process and judicial fairness as the rule of law demands.

That's what the United States of Injustice is all about — its rage to dominate and crush resistance an unparalleled global menace.

Bread Lines in the US

"Immunity Certificates" Are Coming - COVID-Survivors To Get 'Special Passports' En