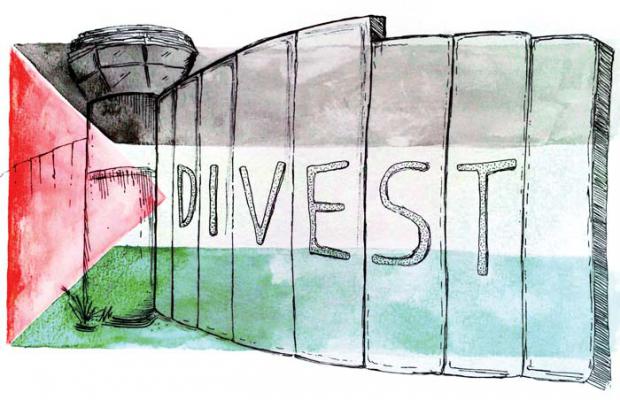 More below on his aim to compromise free expression in Britain.

Efforts to enact anti-boycotting Israel legislation in the US failed so far, including the Israel Anti-Boycott Act (2017) and Strengthening America's Security in the Middle East Act of 2019 (SASME).

On February 5, the latter measure was passed in the Senate, not the House. According to Gov Track, it stands a 3% chance of becoming US law.

Following Senate passage, the ACLU said the measure "encourage(s) states to pass unconstitutional laws that would require government contractors — including teachers, lawyers, speech pathologists, newspapers and journalists, and even students who want to judge high school debate tournaments — to certify that they are not participating in politically-motivated boycotts against Israel."

"(T)he right to boycott…is protected under the First Amendment."

SASME has nothing to do with "improv(ing) defense and security…in the Middle East" – everything to do with banning constitutionally guaranteed views on all issues, no matter how divergent from Washington's agenda – notably criticism of Israeli apartheid rule.

Congressional Anti-Boycott legislation sought to punish US individuals and entities engaged in or supporting a boycott against nations allied with Washington – specifically with Israel in mind, notably by wanting legitimate BDS activities banned.

The measure lacked majority congressional support. If similar legislation is enacted ahead, US authorities will have a formidable new weapon to use against views considered politically objectionable — in violation of the Constitution and Supreme Court rulings.

According Palestine Legal, 27 US states adopted anti-boycott legislation, 14 others considering it — as of November 26, 2019, adding:

"In response to the growing movement for Palestinian freedom, over 100 measures targeting boycotts and other advocacy for Palestinian rights have been introduced in state and local legislatures and the US Congress since 2014."

"For decades, Israel has failed to uphold its duties as Occupying Power and has instead deepened its occupation and regime of colonialism and apartheid," adding:

"Human rights violations rising to the level of international crimes, including unlawful killings, torture, forced transfer, and other forms of collective punishment have become the norm."

"Rather than uphold their responsibilities under international law and take measures to hold Israel accountable, third states have largely turned a blind eye."

"(T)he Boycott, Divestment, and Sanctions (BDS) movement has grown to provide an important nonviolent counter-narrative and alternative for achieving the enjoyment and exercise of freedom, dignity, and justice for Palestinians."

Global BDS activism is the most effective way to challenge Israeli colonialism, occupation and apartheid, an essential initiative to preserve, support and strengthen.

The UK Palestine Solidarity Campaign (PSC) is "dedicated to securing Palestinian rights and freedom." It strongly supports BDS, opposes measures to compromise it.

The Tory party manifesto states: "We will ban public bodies from imposing their own direct or indirect boycotts, divestment or sanctions campaigns against foreign countries," falsely claiming:

According to the Jerusalem Post, UK special envoy for post-holocaust matters Eric Pickles called BDS "anti-Semitic and should be treated as such (sic)," adding:

It's "an attack on the British way of life and British identity" — his remarks made at a conference in Jerusalem last Sunday.

In her so-called "Queen's Speech" scheduled Thursday in opening the new parliament, prepared by Johnson, she'll reportedly announce the intention of Tories to adopt anti-boycott legislation.

Speech, press, and academic freedoms are fundamental. Compromising them jeopardizes all other rights.

Coronavirus: Queen tells UK 'we will succeed' in fight