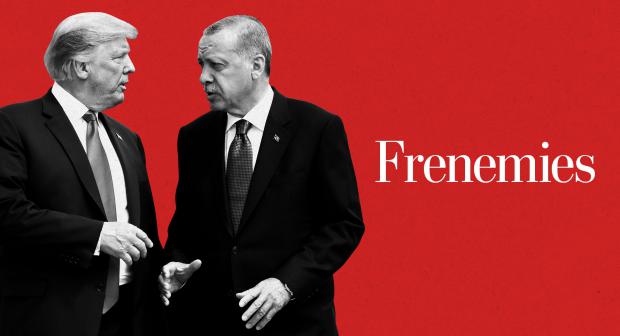 Intervention by one nation in the internal affairs of others breaches the UN Charter and other international law.

Non-intervention is a core Charter principle, calling for disputes to be settled "by peaceful means in such a manner that international peace and security, and justice, are not endangered."

The principle of non-intervention protects the sovereignty, political independence, and territorial integrity of all nations — notions the US ignores in pursuing its imperial agenda.

Unilaterally imposed US sanctions constitute warmaking by other means, a UN Charter breach, the Security Council alone authorized to impose them, not individual nations against others for any reasons.

On December 12, the Senate Foreign Relations Committee voted 18-4 in support of the "Promoting American National Security and Preventing the Resurgence of ISIS Act of 2019 (S. 2641)" — a Senate floor vote to follow, passage highly likely.

House members passed a similar measure earlier. The legislation has nothing to do with combating ISIS the US created and supports.

It's all about imposing more illegal sanctions on Russia for helping Syria obtain weapons for self-defense, along with targeting Turkey for buying Russian S-400 air defense missiles, its legal right.

"Now's the time for the Senate to come together and take this opportunity to change Turkey's behavior," adding:

"This is not some minor dustup with this country. This is a drift by this country, Turkey, to go in an entirely different direction than what they have in the past."

It's "a new manifestation of disrespect for our sovereign decisions regarding our national security."

"These initiatives do not have any function other than to harm Turkish-US relations" — calling on Congress to reconsider its hostile action.

Turkish Foreign Minister Melvut Cavusoglu said: "If sanctions are applied, Turkey will have to respond. We are trying to overcome this issue without sanctions and through dialogue and mutual understanding."

President Erdogan's spokesman Ibrahim Kalin slammed the measure, saying: "It is understood that members of (the US) Congress have shut their eyes and ears to the truth" by ignoring Turkey's sovereign rights.

Weeks earlier, Trump signed an executive order, authorizing Treasury Department sanctions on Turkey, Secretary Mnuchin saying: "We can shut down the Turkish economy if we need to."

On Sunday, Erdogan threatened to "close down (Turkey's) Incirlik (airbase) and (the) Kurecik" radar station in response to hostile US legislation, adding:

"If they are threatening us with the implementation of these sanctions, of course we will be retaliating."

"It is very important for both sides that the US does not take irreparable steps in our relations."

Pentagon personnel are located at other Turkish military bases. They could be ordered out if a significant breach in bilateral relations occurs.

According to retired Russian Col. Mikhail Khordarenok, losing Ircilik "would seriously reduce both (US regional) defense and offense capabilities."

Located 155 miles from the Syrian border, around 5,000 US military personnel are stationed there, along with an estimated 50 nuclear warheads.

Hardened aircraft shelters protect US warplanes. If legislation hostile to Turkish interests is signed into law by Trump, uneasy bilateral relations will move closer to rupturing — notably if Erdogan follows through on his threat to "close down Incirlik and (the) Kurecik" radar station.

In response, he said: "We are not going to stand empty-handed. Let me say very clearly and openly: Is it possible to speak about America without mentioning (native) Indians?"

"It is a shameful moment in US history. Similar things happened in Africa. Is it possible to put aside the French massacres in Rwanda, Algeria?"

"They did slave trade in cells from Senegal to America. What will we do to explain these to the international community?"

"While all these massacres and genocides are standing, they cannot say anything to the nation which has a proud history like us."

According to Ankara academic Huseyin Bagci, "losing" Turkey would be a major US strategic defeat.

"Unless Washington can get its story straight, and Congress take a new line, (it) may become a reality" — while Russian/Turkish relations grow stronger.

US war secretary Mark Esper intends meeting with his Turkish counterpart Hulusi Akar over the threat to shut down Incirlik and the Kurecik radar station, saying:

"I need to talk to my defense counterpart to understand what they really mean and how serious they are," adding: "(T)his is a alliance matter, (Erdogan's) commitment to" NATO.

"We are tired of repeating this for nine years. They established a US base in the middle of Anatolia…Does Turkey need to be attacked (for the bases) to be closed?"

He urged immediate closure of the facilities that "pose a threat to Turkey." They're US bases "disguised" as NATO ones, Turkish lawmakers "not allowed…inside."

Hostile US legislation and threats risk a major rupture in bilateral relations, where things appear to be heading if US actions toward Turkey don't change.