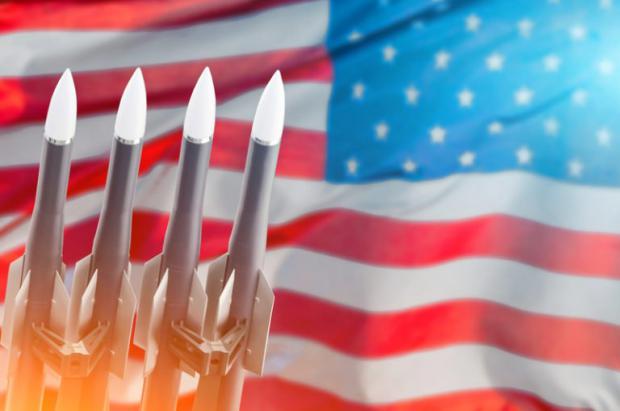 So-called annual US National Defense Authorization Acts (NDAAs) are all about enriching the nation's military, industrial, security complex by prioritizing militarism and endless wars of aggression against invented enemies to advance the nation's imperium.

This year's NDAA, passed overwhelmingly by House and Senate members, will be signed into law straightaway by Trump, last week tweeting:

"Wow! All of our priorities have made it into the final NDAA: Pay raise for our troops, rebuilding our military (sic), paid parental leave, border security, and space force! Congress – don't delay this anymore!"

Congress retaliated against Russia for putting US LNG producers at a competitive disadvantage.

It bars the same entity from owning an offshore pipeline and supplying natural gas through it.

The legislation permits Nord Stream 2 to operate from Russia to Germany, eliminating or reducing Ukraine as a transit route to European markets.

Hostile US legislation is highly unlikely to stop completion of the project or prevent it from becoming operational.

Russia's Sergey Lavrov said US sanctions won't hinder completion of construction. It may delay its completion.

"Decisions on European energy policy are taken in Europe. We reject foreign interference and, as matter of principle, extraterritorial sanctions."

The NDAA also targets Turkey, prohibiting sale of F-35 warplanes and parts to the country over its purchase of Russian S-400s air defense missiles.

It calls for Trump to sanction the country for its action under the so-called Countering America's Adversaries Through Sanctions Act (CAATSA).

The hostile legislation targets Russia, Iran and North Korea for not subordinating their sovereignty to US interests.

In response to removing Ankara from the F-35 program, its Foreign Ministry said "(w)e remind once more that the language of threats and sanctions will never dissuade Turkey from resolutely taking steps to ensure its national security."

The measure unacceptably calls for use of "diplomatic and coercive means…to compel the government of Bashar al-Assad to halt its murderous attacks on the Syrian people (sic) and to support a transition to a government in Syria that respects the rule of law, human rights and peaceful co-existence with its neighbors (sic)."

The measure is all about supporting regime change, largely by coercion, while falsely blaming Damascus for US-orchestrated aggression against the nation and its people — including use of jihadists as imperial foot soldiers, supported by Pentagon-led terror-bombing.

It bars foreign violators of US sanctions on Syria from entering America.

It calls for continued US efforts to replace Assad with pro-Western puppet rule, falsely labeling Assad's government a "criminal regime (sic)" — what applies to Washington, not Damascus.

The measure reflects frustration over the inability to transform Syria into a US vassal state.

Russia's intervention in September 2015 turned the tide of battle, Syrian forces regaining control over most of the country.

Terrorist-infested Idlib province, along with illegal US and Turkish occupation of parts of the nation remain to be liberated.

The struggle for Syria's soul continues to free its people from the scourge of US imperial war.

With all categories included, including huge black budgets, the US spends more on militarism, so-called homeland security, war-making, and the Pentagon's global empire of bases than the rest of the world combined.

Post-9/11 alone, countless trillions of dollars were poured down a black hole of waste, fraud and abuse — at a time when the nation's only enemies are invented. No real ones existed since WW II ended.

Instead of devoting the nation's resources to world peace, equity and justice, discretionary US spending prioritizes endless wars for control over planet earth, its resources and populations.

If not challenged and stopped, its hegemonic rage may kill us all.