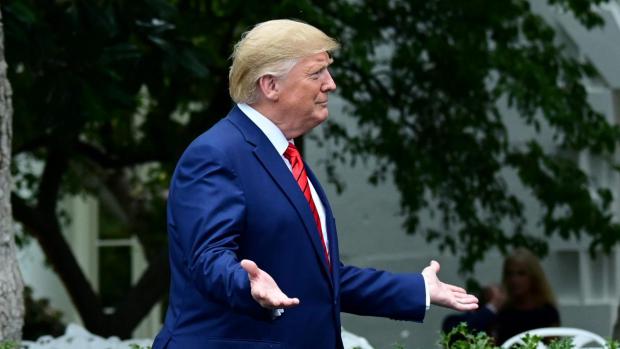 Trump Not Officially Impeached So Far?

Will or won't House Speaker Pelosi select Dem impeachment managers (prosecutors) and transmit articles of impeachment against Trump to the Senate for trial?

Knowing the GOP controlled body will reject House charges against Trump and acquit him, will Pelosi and relevant House committee chairmen decide against a Senate trial?

Impeaching Trump by House Dems was and remains all about wanting him weakened and delegitimized ahead of November 2020 elections, not removing him from office — what majority Senate Republicans reject.

Ahead of Wednesday's impeachment vote, Pelosi said the following:

"(I)f we impeach the president immediately, everybody moves on to the next thing."

"The next thing for us will be when we see the process that is set forth in the Senate."

"Then we'll know the number of managers that we may have to go forward, and who we would choose."

"When we see what they have, we'll know who and how many we will send over. That's all I'm going to say about that now."

"(W)e would like to see a fair process (sic), but we'll see what they have, and we'll be ready for whatever it is."

"I heard some of what (Senate Majority Leader) Mitch McConnell said today (about not being impartial). (W)e…have a rogue president and a rogue leader in the Senate at the same time."

"I'm not going to answer any more questions on this."

"Clearly, do you understand, when we see what their process is, we will know who and how many we want to send over. Not until then. I'm not going to go there anymore."

Selecting impeachment managers is the next step to make House case, along with transmitting articles of impeachment to the Senate for trial. If these steps aren't taken, there's no formal impeachment,  no trial.

The House is in recess for the holiday period until January 7. According to Roll Call, the Senate's 2020 calendar includes no scheduled January impeachment trial, an unnamed Senate aide saying:

"Unfortunately due to uncertainty on the floor schedule for start of the year, the Senate is unable to establish a schedule for January at this time. When we have clarity on a date to convene and what January will look like we will get that information out as soon as possible."

On Thursday, McConnell said the following:

"(A)s of today, we remain at an impasse because (Dem Minority Leader Schumer) demand(s) a new and different set of rules for President Trump."

"He wants us to break from…unanimous bipartisan precedent and force an all-or-nothing approach."

'He wants a special pre-trial guarantee of certain witnesses whom (House Dems) did not even bother to pursue themselves as they assembled their case…or he wants to proceed without any organizing resolution whatsoever."

"So as I said…we remain at an impasse on these logistics."

As for House articles of impeachment, Speaker Pelosi "continues to hem and haw about whether and when she intends to take the normal next step and transmit the House's accusations to the Senate…for some kind of 'leverage' so they can dictate the Senate process…"

"I am not sure what leverage there is in refraining from sending us something we do not want."

Other House Dems "seem to be suggesting they'd prefer never to transmit the articles. Fine with me."

"(T)he Speaker of the House herself has been unclear on this. Her message has been somewhat muddled."

House Dems seem "unsure whether they even want to proceed to a trial."

"So we'll continue to see how this develops, and whether the House Democrats ever work up the courage to take their accusations to trial."

According to hostile to Trump Law Professor Noah Feldman "impeachment is a process, not a vote."

"If the House does not communicate its impeachment to the Senate, it hasn't actually impeached the president."

"If the articles are not transmitted, Trump could legitimately say that he wasn't truly impeached at all."

"The Constitution doesn't say how fast the articles must go to the Senate. Some modest delay is not inconsistent with the Constitution, or how both chambers usually work."

"But an indefinite delay would pose a serious problem."

"Impeachment as contemplated by the Constitution does not consist merely of the vote by the House, but of the process of sending the articles to the Senate for trial."

"Both parts are necessary to make an impeachment under the Constitution."

If both parties remain at impasse going forward, perhaps they'll be no Senate trial, no de jure impeachment —  what Dems may prefer as part of their electoral campaign strategy, not Trump, tweeting:

The Senate "can set a date (on its own) and put this whole SCAM into default if (Dems) refuse to show up!"

He wants Senate proceedings to formally absolve him of charges.

According to attorney/impeachment expert Ross Garber, the "Constitution doesn't mention transmission. And (the) Supreme Court has said (the) Senate has sole power to set trial rules."

The "Senate could set a deadline for trial regardless. Or not. (The) Senate and Trump probably don't care. Either way, not a good look for the House Ds."

McConnell said he's "not anxious to have (a) trial." He wants proceedings to acquit Trump quickly if it's held. Neither he or Trump appear willing to make concessions to Dems, especially regarding witnesses and trial procedure if held.

For now, things are in limbo for until January. Knowing acquittal is certain if a Senate trial is held, hostile to Trump Law Professor Laurence Tribe argued against holding one, saying it'll "fail to render a meaningful verdict."

This drama will likely drag on in the new year, both parties manipulating things for political advantage in the run-up to November 2020 elections.