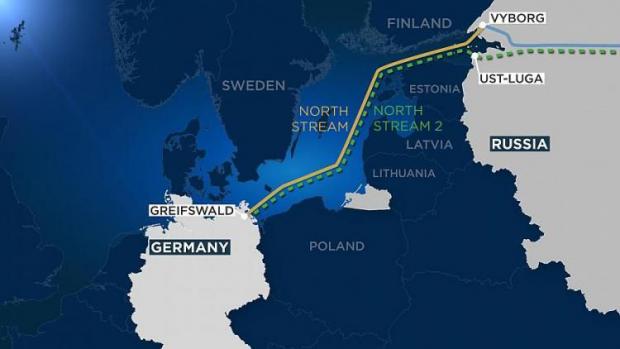 According to Russian Foreign Ministry spokeswoman Maria Zakharova (MZ below), Russian journalists are being denied entry into Ukraine because of their truth-telling reports.

In "the last ten days, Ukrainian authorities denied NTV reporters entry into the country three times. The journalists allegedly did not confirm the purpose of their visit in two of the cases, and in the other case the journalist was refused entry because she visited Crimea in 2016," said MZ, adding:

"(O)n December 13, a Zvezda television channel crew was arrested before their departure from Kiev."

They were fined and banned from entering the country for three years.

Recent "incidents took place after President of Ukraine Vladimir Zelensky publicly invited Russian journalists to Ukraine, during the news conference following the Normandy Four summit in Paris on December 9, to observe and cover the developments there."

He either yielded to a higher power domestically or abroad. Most likely, he's a powerless figurehead leader, Washington controlling the country in cahoots with anti-Russian right-wing extremists.

On Venezuela, MZ highlighted continuation of the Trump regime's sanctions war on the country, wanting its economy crushed, its people harmed.

US economic terrorism flagrantly violates international law, the same true for its hostile actions against other countries, including Russia.

MZ: "(W)e are making every effort to support our friends, the Venezuelan people, during this very difficult time."

"The first shipment of 200,000 packages of insulin medication manufactured by the Russian company Geropharm was delivered to Venezuela last week."

"Over 5 million packages of this medication are to be delivered in 2019-2020, which will make it possible to provide this vital and essential drug to over 400,000 Venezuelan residents with diabetes."

"(D)eliveries will be made on a monthly basis while in the future the list of medications will be expanded."

Geropharm is also training Venezuelan personnel, along with transferring insulin packing and packaging technology to the country.

On Friday, Trump regime envoy for regime change in Venezuela Elliott Abrams repeated long ago debunked Big Lies about the country, his hostile remarks laced with threats against its legitimate ruling authorities.

Around three-fourths of the world community rejects US-designated puppet/usurper in waiting Guaido as self-declared president.

Opinion polls show his approval at around 10%. The vast majority of Venezuelans reviled him and his henchmen.

MZ: "Abrams…has not not ruled out the possibility of intervention in Venezuela and other military options," how all hegemons operate extrajudicially.

"(D)evelopments in recent months" showed Guaido's failure to enlist public support. Those around him were caught red-handed in a "high-profile corruption scandal," further tainting him.

A plot by his henchmen to attack Venezuelan military barracks in Sucre State was foiled — US dirty hands behind it.

MZ: It's time for Bolivarian Republic "opponents…to admit reality. Venezuela has only one head of state, President Nicolas Maduro, and that compromise solutions can only be found through a dialogue that will yield real results."

Russia supports restoration of peace and stability to war-torn Libya, Africa's most developed country destroyed by Obama regime aggression and its aftermath.

Unlike the US and NATO, Russia's involvement in Libya is diplomatic, helping to undo the damage caused by US state terrorism against the nation and its long-suffering people.

Congressional hardliners drafted the so-called Libya Stabilization Act — imposing sanctions on Russia for its "imaginary military presence in" the country.

The measure falsely accuses Moscow of "military intervention," blaming what doesn't exist on destabilizing the country, ignoring how the US and NATO smashed the Libya, transforming it into a charnel house since 2011.

MZ: "I wonder how US lawmakers describe the illegal US armed forces presence in Syria or the reckless actions of the (Obama regime) in Libya to their voters."

Groundless US accusations against Russia and other nations persist, hardliners in Washington blaming them for their own high crimes of war and against humanity in multiple theaters.

Where the US shows up, mass slaughter, vast destruction, and appalling human misery follow. Where democracy exists it's eliminated, peace replaced with endless war.

The US and its imperial partners are mortal enemies of peace, equity and justice, wanting its dirty hands controlling everything everywhere.

Russia will continue constructing Nord Stream to completion and pursue "its other economic projects regardless of any sanctions."

Diplomatic outreach and reason with the US is a waste of time and effort — toughness the only language its hardliners understand, a ruthless bunch, slapping them down hard long overdue.