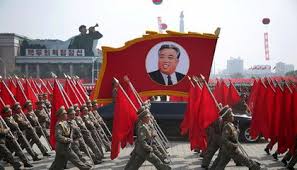 North Korea: An Invented US Enemy, Not a Real One

The myth of a North Korean enemy was invented by the US when the peninsula was divided post-WW II.

Its ruling authorities never attacked another nation throughout the country's history, vowing retaliation only if its territory is preemptively attacked — their legal right under international law.

Article 51 of the UN Charter prohibits one nation from attacking another except in self-defense, stating:

North Korea seeks cooperative relations with other nations, confrontation with none — wanting its sovereign rights respected, what the US and its allies denied the country and its people from inception.

Two Kim Jong-un/Trump summits failed because of US bad faith, making one-sided demands in return for empty promises, further evidence that the US can never be trusted.

Last spring, Kim gave Trump until yearend to engage in evenhanded talks, adding he'll only agree to another summit if the US agrees to "constructive…improvement of relations…with a proper attitude and (willingness to seek) proper solutions…"

Last week, Trump regime envoy for dirty US business as usual with North Korea Stephen Biegun falsely accused the DPRK of "hostile and negative…statements toward the United States," adding:

In dealings with Pyongyang, the Trump regime has "a goal" — wanting the country denuclearized without ballistic missiles for self-defense, leaving it vulnerable to US aggression, ideally wanting it transformed into a vassal state, eliminating an Northeast Asia Chinese ally.

Separately last month, an unnamed senior Trump regime official said the US "remains prepared to defend ourselves and our allies from any attack or provocation" by North Korea — knowing the country poses no threat.

"What I would expect is" it may be coming as a pre-or-post Christmas "gift." Trump responded to the possible ICBM test, saying if "in the works…we will take care of it. We're watching it very closely."

Days earlier, Pyongyang conducted what it called a "crucial test" at its long-range rocket site, no details provided.

According to Brown, "if diplomatic efforts…fall apart, we got to be ready to go. (W)e're already thinking ahead…We are looking at all of the things we have done in the past."

According to the (North) Korean Central News Agency (KCNA) last week, the US "has nothing to offer us even if the talks are resumed" — based on nothing positive from past talks and no indication of change by the Trump regime.

DPRK/US talks are at impasse because Washington doesn't negotiate. It demands, making one-sided ultimatums in return for hollow promises breached time and again.

Unconfirmed reports based solely on speculation claim Kim may be planning a long-range ballistic missile test able to reach US territory.

A NYT report updated on Sunday said "American military and intelligence officials tracking North Korea's actions by the hour say they are bracing for an imminent test of an intercontinental ballistic missile capable of reaching American shores, but appear resigned to the fact that President Trump has no good options to stop it."

The US-based 38 North website provides what it calls "analysis of events in and around the DPRK," run by former State Department official Joel Wit and managing editor Jenny Town.

Last week, it reported no preparations for a DPRK satellite launch at its Sohae Satellite Launch facility, based on satellite imagery during the past two months.

A follow-up report two days later said "(t)here are no signs of vehicle traffic or the presence of personnel at the launch pad, and the vegetation below the launch tower's flame exhaust bucket remains undisturbed," adding:

Vegetation would have been removed "to avoid the spread of fires during launch" if one is planned.

In early December, 38North reported on what Pyongyang called a "crucial test" at its Sohae Satellite Launching Station, what may have been "a static (ground) test of a large liquid-propellant rocket engine," said 38North, adding:

A "static test could be the precursor to a full-up flight test of an ICBM or one of these other systems" — if launched to be "primarily (for) political objectives," it believes.

Because talks with the US achieved nothing, Pyongyang may resume ICBM tests in pursuit of its legitimate right of self-defense.

Kim earlier made clear he's willing to denuclearize in return for reciprocal US steps that have not not been forthcoming.

He seeks an end to decades of uneasy armistice, removal of unacceptable sanctions, normalization of relations with the US and other countries, along with iron-clad security guarantees.

Its nuclear/ballistic missile deterrents are solely for defensive purposes. Giving them up would pose a major threat to the country's security because the US can never be trusted to stick with promises made.

US/DPRK rapprochement may never happen any time in the foreseeable future.

It surely unattainable as long as hardliners run things in Washington, needing enemies to advance their imperial agenda.

Since none exist, they're invented, the way it's been for North Korea throughout the post-WW II period to the present day.