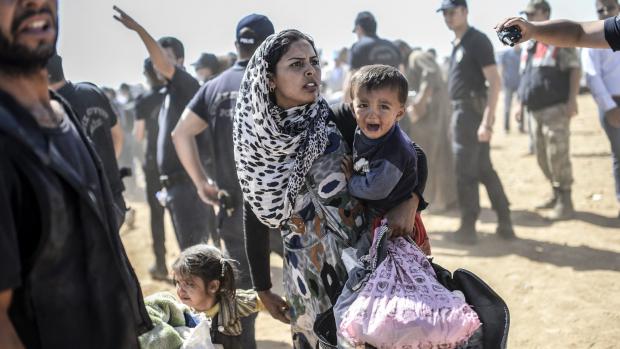 Syria is Washington's war, launched by the Obama regime in March 2011, escalated by Trump.

That's what endless war in Syria is all about, along with wanting Iran isolated, its government toppled, two Israeli regional rivals eliminated, greater US regional control achieved.

Long-suffering Syrians need humanitarian aid to survive, the West and regional allies supplying it only to areas controlled by jihadists they support, Russia providing it to Syrian civilians in need.

"(B)andits and terrorists continue threatening the Syrian people, militants from (al-Nusra).  Terrorists in Syria should be given a resolute retaliation."

The US, Britain and France blocked a Russian SC resolution to deliver vitally needed humanitarian aid through two checkpoints for a six-month period, Damascus directly involved in aiding its own people.

Separately, Russia and China vetoed a US-supported resolution, authorizing aid through three checkpoints along the Iraq and Turkish borders for the next 12 months — without permission of Damascus.

Moscow argued for two checkpoints, Syrians controlling the process because conditions in the country are far different now than years earlier as most of its territory is liberated from US-supported terrorists.

Ahead of voting, Nebenzia said "Russia will vote against the draft resolution on the cross-border assistance mechanism in Syria" supported by the US, Britain and France, adding:

The resolution for authorized deliveries for one year is "obsolete as it does not consider the changes that have taken place in Syrian since 2014 when Resolution 2165 was adopted for the first time."

The Security Council's failure to agree on helping Syrians in need begs the question.

"Who won today," asked Nebenzia? "No one. And who lost? The Syrians lost, about whom those who blocked our resolution today worry so much, as they assure us."

Security Council authorization for humanitarian aid for Syrians was approved in July 2014.

SC 2165 authorizes access across four border crossings not controlled by Damascus. Reality on the ground makes this stipulation obsolete.

Russia's resolution, rejected by the West, aimed to make this reality official. In light of its defeat, Moscow will continue providing Syrians with humanitarian aid on its own.

He thanked Russia and China for vetoing a US-supported resolution hostile to providing humanitarian aid to all Syrians.

He explained that aid across Turkey's border to Idlib province goes to al-Nusra and likeminded jihadists, not to Syrian civilians in need, what Russia's resolution aimed to prevent.

Reportedly it was conducted by undetected drones, aiming to prevent Syrian oil production and the revenue it provides.

According to the Syrian Arab News Agency (SANA), the Homs area oil refinery and al-Rayyan gas facilities were struck simultaneously from the air, what Homs Governor Talal al-Barazi confirmed.

Southfront called the attack "the most complex and harmful" to Syrian controlled oil and gas facilities "so far."

AMN News reported that Saudi Arabia "deployed dozens of combat troops to a major oilfield in Syria's eastern (Deir Ezzor) province as the United States and some of its regional allies are vying with one another to seize oil reserves and plunder natural resources in the war-battered country," separately adding:

According to Middle East expert from Russian State University for the Humanities Professor Grigory Kosach:

"Saudi presence in the form of material assistance, which includes the military component, is a reality for the Deir Ezzor region and the entire east of Syria."

He calls it a positive development that will provide jobs for Syrian workers.

It's not positive if Syrian oil resources are looted by a foreign power, Damascus not getting revenues from its own hydrocarbon reserves.