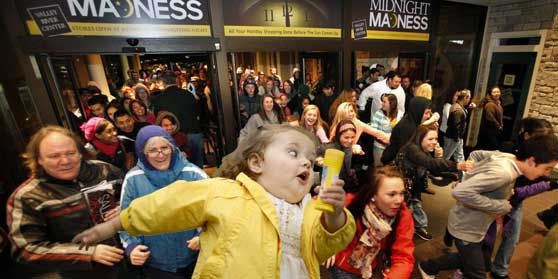 What matters most is what most Americans, others in the West, and most elsewhere are denied — notably peace, equity and justice.

Instead they're tormented by hollowed out human and civil rights, unemployment and mass underemployment, eroding social services, ecocide, and governance serving privileged interests exclusively at the expense of beneficial social change.

Joy to the world during holiday season doesn't exist. How can it with endless US wars on humanity raging at home and abroad, with democracy a meaningless figure of speech in the West, not reality, with predatory capitalism the beating heart of these nations' politico/socio-economic systems, enforced by police state harshness.

The American way is all about inequality, injustice, exploitation, militarism, and imperial wars of conquest for control and plunder of resources.

Inside the bubble is paradise for its privileged class, outside growing dystopian hell, especially for the least advantaged.

The wealth gap between rich and most other Americans is greatest since the late 19th/early 20th century robber barons age, poverty and underemployment the nation's leading growth industries, along with food insecurity and homelessness.

High pay/good benefits jobs continue to be offshored to low-wage countries — replaced by part-time or temp rotten ones.

Agribusiness displaced family farms. The 1935 National Labor Relations Act was the high-water mark of labor/management relations in the US — for the first time creating a collective bargaining level playing field.

Post-WW II, US worker rights steadily eroded, today a shadow of earlier times. Last year, only 10.5% of the nation's working class were union members — compared to triple that number in the 1940s and 50s, the private sector harmed most.

A scant 6.4% of its workers are unionized, according to Bureau of Labor data, compared to nearly 17% in 1983 — because of steady US de-industrialization, replaced by low-pay service jobs with low-unionization rates.

So-called pro-management "right to work" laws enacted in around half of US states contributed to de-unionization by stipulating that workers don't have to join them.

Decline in US union membership contributed significantly to low wages, according to the National Bureau of Economic Research, saying "evidence (shows) that unions raise wages for less-skilled workers" — by a factor of 15 - 20% because of collective bargaining power.

Workers in the US and other Western countries are exploited by rotten jobs, low wages, poor or no benefits, along with weak or no union representation for maximum corporate profits.

There's no joy to the world at Christmas or any other time of year with this going on nationwide, with endless imperial wars raging abroad, with countless millions enduring its ravaging, with the worst of all possible worlds for long-suffering people worldwide.

For America's ruling class, Christmas is all take and no give, bah humbug its message to ordinary people.

Social justice champion Emma Goldman once said "hopes…for the new year depend neither on religious nor political calculations."

"They rest on the awakened consciousness of the people, upon whom depends the great and glorious future — a new social structure built on freedom and well-being for all."

"We stand today…before the awful proposition: either the triumph of imperialism and the destruction of all culture, and, as in ancient Rome, depopulation, desolation, degeneration, a vast cemetery; or, the victory of socialism."

During the holiday season and throughout the year, dark forces in the US and elsewhere trample on the rights and welfare of ordinary people.

Grim tidings define the holiday season over peace on earth, good will to all, and positive change.

Ann Coulter: Happy Kwanzaa! The Holiday Brought to You by the FBI

How the Soviets Replaced Christmas with a Socialist Winter Holiday

Christmas Over: A Moment of Contemplation