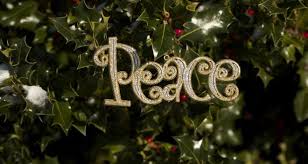 Iranian Authorities Send Xmas Messages of Peace and Good Will

Since 1999, Iran has been falsely designated a so-called "Country of Particular Concern (CPC)" under the US 1998 International Religious Freedom Act.

On December 20, chief "diplomat" for the world's leading human rights abuser USA Pompeo slammed these countries and others.

He turned truth on its head, claiming the US "commitment to protect those who seek to exercise their freedom of religion or belief (sic)," falsely adding:

"We believe that everyone, everywhere, at all times, should have the right to live according to the dictates of their conscience (sic)."

Separately, he re-designated Iran  as a "Country of Particular Concern" (CPC) under the International Religious Freedom Act — falsely accusing its authorities of "particularly severe violations of religious freedom" — a bald-faced Big Lie.

Unlike the US, UK, elsewhere in the West and Israel, Iranians of all faiths are free to observe them unobstructed, unthreatened by authorities respectful of their beliefs.

"In our country's history, there was never a time when all Iranians had the same religion, race, or language, so there is a high degree of tolerance."

"Jews are a recognized minority here, so we can practice our religion freely. We have more than 20 working synagogues in Tehran and at least five kosher butcheries."

"Iran is a place where Jews feel secure, and we are happy to be here. We are proud to be Iranian. I know this doesn't follow the Zionist script, but this is the reality."

Iranian Jews number around 25,000 in the predominantly Muslim country of 81 million. They prefer living in Iran to Israel where they would automatically become citizens if chose to emigrate.

Iranian Christians number about 300,000, able to practice their faith and worship freely in about 600 churches nationwide.

Other religious minorities in the country include Baha'is, Mandeans, Yarsanis, and Zoroastrians.

"Following Jesus Christ requires adherence to righteousness and abhorrence of anti-righteous powers, and it is hoped that Christians and Muslims in every part of the world will adhere to this great lesson from Jesus in their lives and deeds," adding:

"The honor Muslims attribute to Jesus Christ is no less than his position and merit in the eyes of the Christian believers in Christianity."

"Today, many who claim to follow Jesus Christ take a different path than that of him. The guidance of Jesus, the son of Mary (peace be upon our Prophet and her) is guidance towards worshiping God and confronting the Pharaohs and tyrants."

By letter to Pope Francis, he paid tribute to Jesus Christ as "the prophet of peace and kindness, the messenger of monotheism and altruism, symbol of patience and fortitude, and harbinger of freedom and dignity."

"Wishing my Christian compatriots, and all across our globe who are observing, a very Happy Christmas and a joyous, peaceful holiday season. The birth of Jesus Christ, prophet in Islam, is a wondrous occasion to celebrate."

"I express felicitations on the birth of Jesus Christ, the messenger of peace and kindness. These days, mankind more than ever before needs to revive the teachings of Abrahamic prophets. Wish my Christian compatriots the best wishes from God."

Iran is the region's leading proponent of peace, stability, and mutual cooperation with other nations — polar opposite how the US, NATO, Israel, and their imperial allies operate.