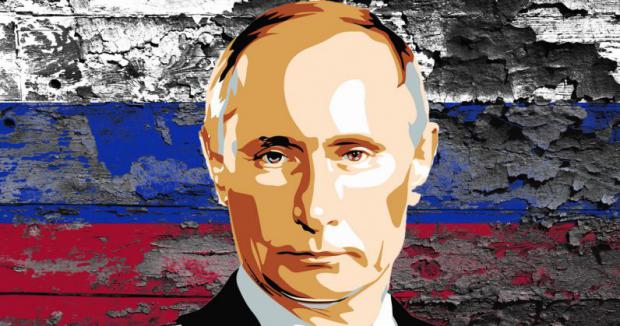 On geopolitical and most other issues, the Times sticks to the official narrative — aka state-approved propaganda.

It rages against all nations on the US target list for regime change — notably Iran, Syria, Venezuela, North Korea, China, and Russia.

Its reports on the above countries and others are straight from the CIA, State Department and Pentagon playbook — Big Lies drowning out hard truths.

It turned truth on its head claiming Russia's economy is "sputtering."

Unemployment is at 4.5% and declining toward "historic lows." Russia's banking sector is "stable."

The Times goes out of its way to demean Vladimir Putin, a leader whose stature on the world's stage towers over his US and other Western counterparts — notably for supporting world peace and stability, imposing imperial wars, and engaging with other countries diplomatically, polar opposite US bullying/threatening tactics.

He's no autocrat, strongman or dictator as falsely claimed by extremists in America and the West.

Yet the Times calls him a "former KGB spy took power in the Kremlin on Dec. 31, 1999…" He's been democratically elected and reelected, Russia's process open, free and fair, polar opposite the US debauched money-controlled system — the best democracy money can buy, for its privileged class exclusively, the real thing banned in the country.

The Times is apoplectic over Russia's growing prominence on the world stage — at the expense of the US, Britain, and their imperial partners.

Putin was instrumental in transforming the mess he inherited from US puppet Boris Yeltsin into a nation to be reckoned with politically, economically, and militarily on the world state.

Interviewed by Oliver Stone earlier, he said "(t)he question is not about having much power. It's about using the power you have in the right way."

Yeltsin sold out to Western interests. Putin is his own man. The Times turned truth on its head claiming that under his leadership, Russia is "a lodestar for autocrats and aspiring autocrats around the world" — what applies to the US-led NATO, not how Moscow operates.

The self-styled newspaper of record repeated the Big Lie about Crimea. No Russian annexation occurred, no improper or illegal seizure of the Black Sea peninsula from Ukraine, no insidious plot about its predominantly Russian population wanting to rejoin the motherland, reversing a historic error, no "little green men" involved in what happened.

According to Levada Center poll numbers published last month, Putin's approval rating is around 70% — compared to Trump at 46%, never reaching 50% throughout his tenure.

Putin seeks cooperative relations with other countries, polar opposite US aims for unchallenged global dominance.

Its hostility to world peace is championed by the Times and other establishment media, supporting US wars of aggression, color revolutions and other high crimes against humanity — deploring the rule of law and other democratic values while pretending otherwise.