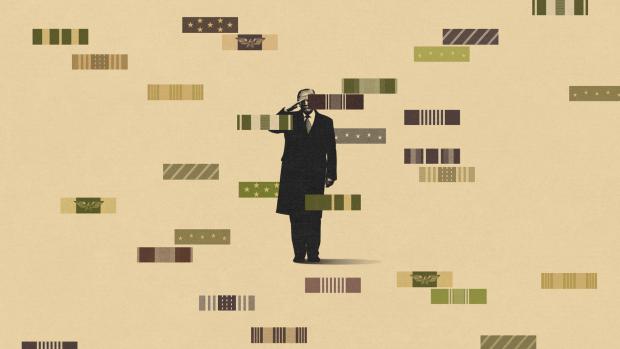 Trump escalated aggressive war on Syria — in its 9th year with no prospect for resolution any time soon because US hardliners reject peace and stability in the war-torn country and others Washington preemptively attacked.

Begun against Damascus by the Obama/Biden/Hillary regime, it's all about wanting Syria transformed into a US vassal state, using ISIS and other jihadists as Pentagon/CIA foot soldiers — supported by Pentagon-led terror-bombing, responsible for massacring tens of thousands of civilians.

US aggression against one country after another is humanity's greatest threat, especially if nuclear weapons are used in earnest.

In mid-December at a Beijing human rights forum attended by 100s of officials from over 80 countries, Bashar al-Assad's political and media advisor Bouthaina Shaaban slammed the US and other Western nations for devastating the Middle East — notably against Iraq and Syria, along with Libya in North Africa and Afghanistan in Central Asia, adding:

"Western powers and the US ignore violations of human rights committed by Israel in occupied Palestine and the occupied Syrian Golan where the Zionist entity sought to change the features of the place to obliterate its original historic identity."

She condemned Washington's endless war OF terror on Syria and its long-suffering people.

Separately, she accused the Trump regime of stealing Syrian oil. Interviewed by NBC News days earlier, she stressed that the US and other nations have "absolutely no right (to) our oil."

She warned of "popular opposition and operations against the American occupiers of our oil," adding:

"Our land should be totally and completely liberated from foreign occupiers, whether they are terrorists, or the Turks or the Americans."

Trump earlier said US forces are in Syria "for the oil." We're "keeping" what belongs to the Syrian Arab Republic and its people — a flagrant international law violation compounded by US aggression, the highest of high crimes.

US theft of Syrian oil has nothing to do with denying it to ISIS — supported by the Pentagon and CIA.

Weapons supplied to the terror group and likeminded ones come from the US, other NATO countries, notably Turkey, the Saudis and Israel.

Days earlier, an unnamed Iraqi official accused the Pentagon of supplying ISIS jihadists in the country with weapons and military equipment.

"The American forces send aid from their bases to the ISIS terrorists in the Makhoul mountains, and their assistance still continues," the official stressed, adding:

Iraqi forces seized US weapons during an operation against ISIS in al-Hazar island. US military bases in Iraq are used against the host country and Syria.

The Pentagon continues sending hundreds of trucks with weapons and military equipment to war-torn Syria, the US intending to stay, not leave.

Velayati also slammed Israel for terror-bombing Syria, saying: Eventually the Israeli regime "will receive a response for its" aggression, adding:

Hezbollah will "raze Israel to the ground" if the IDF dares attack Lebanon.

Syria repeatedly called on the UN to act against Israeli aggression, the world body doing nothing to condemn US, NATO and Israeli high crimes of war and against humanity.

Days earlier, Syrian Foreign Minister Walid Muallem said: "The Americans are using ISIS as a scarecrow. They are feeding ISIS, encouraging them, protecting (its) leaders, and helping them move from one area to another," adding:

"The US policy is aimed at investing into terrorism."

The US FY 2020 war budget includes a provision to impose sanctions on companies involved in helping Syria rebuild its infrastructure, including its energy sector, Muallem stressing:

"All nations that were victimized by this system need to join forces and resist (illegal US) sanctions."

US monied interests make policy in the country. "If they have an interest in occupying the oil wells, stealing and selling them one way or another, then this state and this regime will act in favor of these companies, regardless of international law and regardless of American law."

There are "thousands" of US forces in Syria, he stressed, including private mercenaries like Blackwater, not hundreds as falsely reported.

Syrian oil is smuggled into Turkey for sale on the black market, the Erdogan regime involved.

The Trump regime wants Damascus deprived of revenues to rebuild the country US, NATO, and Israeli aggression destroyed.