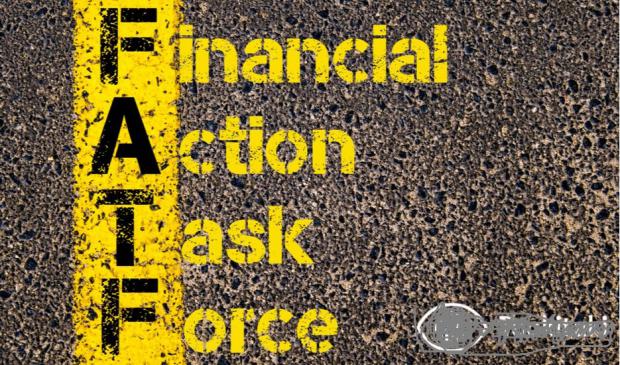 A Powerful Global Organization Most People Never Heard Of

"A lot of aggravation that people suffer with their banking is FATF-related but they don't realize it," Keatinge added.

The body can't impose sanctions, but its G7 member states can. Their use is a major US weapon of war by other means on targeted nations unwilling to bend to its will.

"Countries can be very effectively financially isolated (if they don't comply), which drives up costs (of doing business), and makes life more challenging," he explained.

According to management systems expert Dionysios Demetis, "expansion of the FATF's mandate for terrorist financing happened straight after the 9/11 attacks in the US, despite objections at the time."

"Strong US power influences are exerted in many 'inter-governmental' institutions, and the FATF would be no exception."

Global organizations like the FATF and others are politicized. They're used by the US against its enemies

Like the UN, WTO, WHO, NATO, Bank of International Settlements (BIS), the Fed and other dominant central banks, along with other major world organizations, the FATF is run by powerful interests for their benefit.

According to its website, FATF is an inter-governmental policymaking body involved in protecting "the integrity of the international financial system."

It's dominated by the dollar at a time when increasing bilateral trade is taking place in local currencies, weakening its strength over time, one day likely ending its post-WW II reign as the world's reserve currency.

The FATF is dominated by the US and other major Western nations, Iran and North Korea alone on its blacklist as so-called "high-risk jurisdiction" countries.

The hostile designation is all about pressuring world nations not to deal with them economically, financially or through trade.

Those engaged in normal relations with them risk unlawful US sanctions — aka economic terrorism for disobeying its demands.

The US needs enemies to advance its imperium. None exist so they're invented.

North Korea has been Washington's favorite Asian punching bag since US aggression on the country in the early 1950s.

The DPRK remains a convenient punching bag at a time when China is Washington's main regional adversary, both countries and many others targeted by its harshness.

Iran is US enemy No. one in the Middle East for its sovereign independence, opposition to its imperial wars, criticism of Zionist tyranny, support for Palestinian rights, and military aid given Syria to combat US-supported terrorists.

It's also targeted for backing the legitimacy of Hamas in Gaza and Lebanon's Hezbollah, both groups falsely designated terrorist organizations by the State Department at the behest of Israel.

Article 154 of Iran's Constitution expresses support for "the struggles of the oppressed for their rights against oppressors anywhere in the world" — polar opposite how the US and its imperial partners operate.

The FATF has 39 member states, including the European Commission and Gulf Cooperation Council — Iran and North Korea not among them, the West hostile to both countries because Washington demands it.

As long as these and other sovereign independent nations remain on the US target list for regime change, its ruling authorities will continue going all-out to weaken and isolate them in the world community.

FATF's mandate to combat money laundering and terrorism financing excludes punishing the US and its imperial allies involved in these practices.

No nation is more heavily involved in them than the US. Its ruling authorities, the Pentagon and CIA transformed Afghanistan as the world's leading opium producer — used to produce heroin and other illicit opioids.

Throughout most of its post-WW II existence, the CIA has been heavily involved in drugs trafficking and money laundering in cahoots with organized crime and major Wall Street banks — countless billions of dollars involved.

Langley and the Pentagon are also notoriously involved in recruiting, arming, funding, training, and directing ISIS and likeminded jihadists, using them as proxy fighters in US war theaters.

Their heavy weapons don't materialize out of thin air. They're supplied by the US, other Western countries, Turkey, the Saudis, UAE, and Israel.

No FTAF punishment was imposed on these countries for their actions, only their adversaries like Iran and North Korea.

Globalization - The Most Ancient And Ever-Failing Utopia

US Undeclared War on China by Other Means