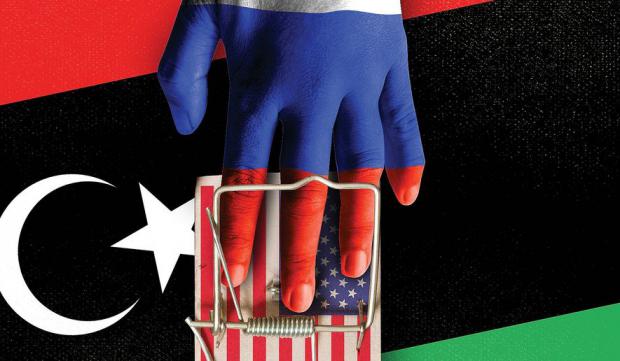 Combating the scourge of US-supported terrorists in Syria at the behest of its government aside, Russia's involvement elsewhere is diplomatic, including in Libya.

Obama regime-led aggression in 2011 transformed Africa's most developed nation into a charnel house, a dystopian failed state, endless war raging with no resolution in prospect.

Wherever wars rage, chances are US dirty hands are involved, clearly the case in multiple countries, including Libya.

"I categorically refute speculations of this kind. We are acting in the interest of the Libyan settlement," adding:

"We are supporting the existing effort, including through the United Nations. We maintain a dialogue with those who somehow influence the situation."

"We do not think that there is any grounds for such statements, such fiction, but this is not the first time that US media spread different speculations, wicked rumors, falsehoods targeting us."

"We have already gotten used to this, and we take it in stride. However, I have to acknowledge that recurrent hoaxes of this kind exercise a negative influence on the sentiment of the US domestic public, and the general atmosphere in the United States."

"Unfortunately it does not promote normalization of our ties, although we strive for it."

A November NYT propaganda piece falsely accused Russia of involvement militarily in Libya — instead of focusing on how the Obama regime raped and destroyed the country.

Since US-led aggression toppled Muammar Gaddafi in October 2011 and sodomized him to death, the US continued to wage secret drone war on the country, conducting hundreds of strikes, continuing since Trump took office.

The Times falsely claimed "Russian mercenaries (and) snipers" are involved in Libya — no evidence cited proving what's not so, adding:

Hundreds of "Russian fighters (are) part of a broad campaign by the Kremlin to reassert its influence across the Middle East and Africa (sic)."

"It has introduced advanced Sukhoi jets, coordinated missile strikes, and precision-guided artillery, as well as the snipers — the same playbook that made Moscow a kingmaker in the Syrian civil war (sic)."

There's nothing remotely "civil" about US aggression in Syria. No evidence suggests Russia is involved militarily in Libya with heavy or other weapons.

The Kremlin didn't intervene in the country on behalf of anyone. Its involvement is diplomatic to try resolving the mess US aggression created — what the Times and other establishment media cheerled.

Congressional hardliners drafted the so-called Libya Stabilization Act — imposing sanctions on Russia for its "imaginary military presence in" the country.

"I wonder how US lawmakers describe the illegal US armed forces presence in Syria or the reckless actions of the (Obama regime) in Libya to their voters," Zakharova stressed.

Trump regime hardliners and the Times are likely concerned that Russian diplomatic involvement in Libya might resolve endless war.

Even at peace, it could take a generation to undo the wreckage US-led aggression caused.

For survivors with lost loved ones, there's no way to undo their loss.

'Gas Wars' In The Mediterranean